On February 5, the sudden restoration of the high-speed mobile internet pleasantly surprised people. But nobody answers the question as to why it took 550 days, reports Saima Bhat

Struggling with the slow speed of the internet on Friday, February 5, Aisha, a tenth class student, was downloading tutorials of her new class. Not able to download, she lost hope of completing her assignments on time. Concerned about the embarrassment in the class, she cried. A few hours later, however, Aisha, a resident of Sonwar, was jumping with joy. The high-speed mobile internet (4G) was restored. The high-speed internet restoration resulted in uploading and downloading, almost in a jiffy.

Relaxed, she cleared the backlog updated the gadgets and gallery and started talking and sharing joy with her brother, studying outside Kashmir.

Year and Half Later

Snapped in the erstwhile state of Jammu and Kashmir, ahead of August 5, 2019, the high-speed mobile internet was restored in the Union Territory on February 5, after a blanket ban of 18 months.

Earlier roaming as a  rumour for a couple of days, the news of restoration was confirmed by Rohit Kansal, the government spokesman and senior IAS officer in a late evening tweet. “4G mobile internet services being restored in the entire J&K,” Kansal tweeted. 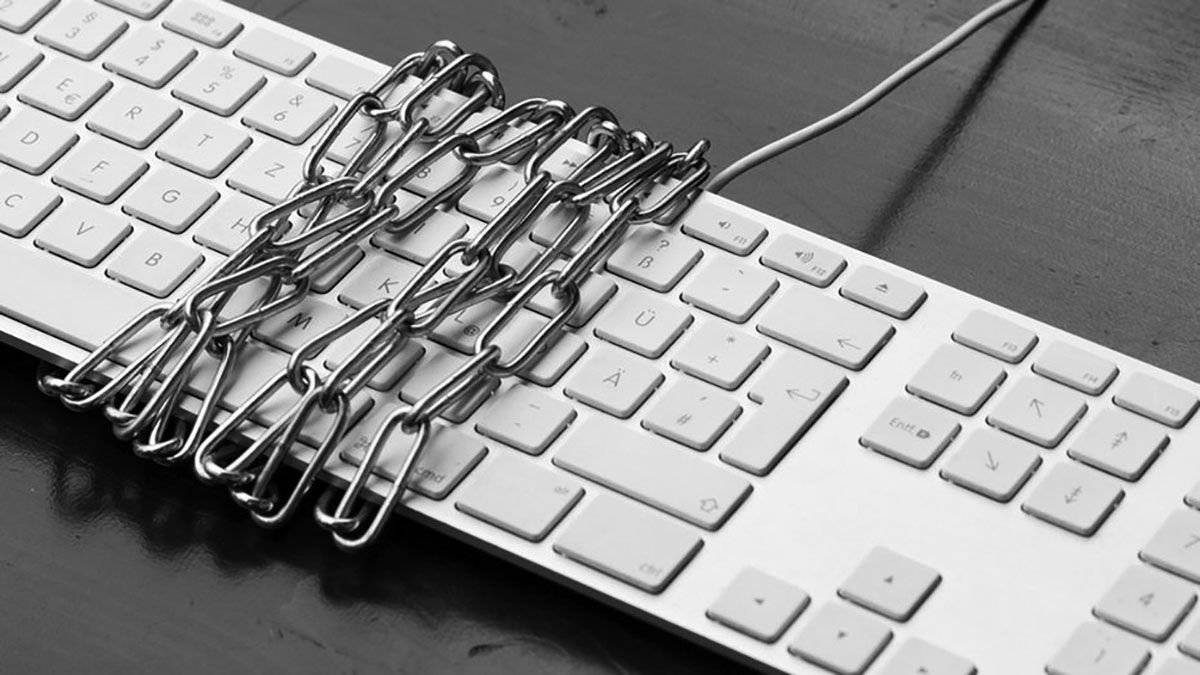 Later, the order issued by Shaleen Kabra, principal secretary (home) directed Kashmir and Jammu division police chiefs to ensure compliance and “closely monitor the impact of lifting of restrictions”. However, the order had a rider that high-speed internet facility on prepaid SIM cardholders would be provided “only after verification as per the norms applicable for postpaid connections”.

The order further said that an “objective assessment of the prevailing circumstances” was done by a special committee constituted on the directions of the Supreme Court order of May 11, 2020.

Karan Nagar residents, Ghulam Qadir and his ailing wife used to frequently visit Shaheed Gunj police station hoping to make a call to their son settled outside Kashmir. They could not succeed in the first week. Somehow, when the couple eventually got the chance, only Mrs Qadir could speak. Time was up and the queue was long. The aged couple had to wait for another week to know about the well-being of their son.

This was the scene outside almost every police station in Kashmir when administration snapped connectivity completely. Besides, the fixed-line connections, which had mostly become redundant in homes after the advent of mobile phones, the officials revealed nearly 88 lakh mobile phones were blocked. Later few categorised in “white list” were thrown open that included numbers of senior civil and police officers.

For Mr A, a senior government officer, the everyday routine was to go and see his aunt; ailing widow living alone in the downtown Srinagar. Not in a position to move around, the only the requirement of the visiting officer was to facilitate a phone call to her son living abroad.

“It was a crisis and she had no option other than me to stay in touch with her son,” said Mr A. This continued for a long time, till her son came back for vacations.

Unlike Mr A, Dr Ahmad used to come home and see a long line of neighbours. All waiting to use his mobile phone, at times it was getting difficult for him. “I was holding a position which involved critical care and keeping the phone busy could have been detrimental to patient care,” he said. “But I could never gather the courage to say no.”

From education to entrepreneurship, home to health, the sufferings were inflicted everywhere. Recalling her horrific experience, Hafsa, a student preparing for NEET said: “that the time was trauma.” And the worst part was “desperation of father to manage things for her.” She visited the administration established internet kiosk only to return disappointed. “I was not allowed to download the material, specifically YouTube lectures,” she said.

Following day, she along with her father left for Delhi to download lectures. “I downloaded whatever I laid my hands-on,” she said. “It was a tiring journey.” Next time they went to Jammu to “use the internet”.

“It was hectic but we had to plan our journey after every fortnight. The effort consumed our time and also was costly,” she said.

On the restoration of services, Hafsa said the “difficulties faced would never fade from our memories. Though the time is gone, but not the hurt.”

Not willing to be subordinate and work for others, Abid Ahmad, a resident of Barzulla had a desire to do something of his own.

Belonging to a modest family, he decided not to opt for campus recruitments and conveyed to parents about his plan of starting a business. Finally, he launched a start-up in March 2019 and was also part of a programme at Entrepreneurship Development Institute (EDI), Pampore. As part of the procedure, he signed a contract with some supplier company based in Mumbai. He took a small showroom on rent and paid in advance. Besides, to manage the daily operations and ensure supply sustains, he lifted a loan of Rs 15 lakh from the bank.

Booking orders every day virtually, initially the plan was working and the family was happy. But as August 5, dawned and the connectivity dropped, Abid had nowhere to go. Cut off from his supplier and clients, he could not bear the operational costs including the bank interest. A few months later, expenditures exceeded earnings and he was in the red. About to default, he had to borrow money from his relatives to pay off the basic interest amount.

“That was when I thought my choice of choosing a business in Kashmir was a mistake,” he said. After things got worse, a well-off relative took over the business and started paying instalments.

Done with his desire, Abid is now preparing for SSB exams and recently appeared for an examination for Banking Associate post in Jammu and Kashmir Bank.

In fact the well-established businesses also were hit severely. The Kashmir Chamber of Commerce and Industries (KCCI) revealed that Kashmir suffered a loss of Rs 18,000 crore since the abrogation of article 370 and 35A. Their report said that the sectors like education, tourism, horticulture and agriculture were worst hit. The trade body revealed that there were nearly 5 lakh job cuts and loss of more than 18000 crore due to internet suspension.

Further, according to a study by Delhi-based think-tank International Council for Research on International Economic Relations (ICRIER), the frequent internet suspension inflicted a loss of more than Rs 4,000 crore on Kashmir’s economy from 2015 till December 2019, with Rs 1776 crore alone in  2017.

After the political class moved out of the jail, demand for restoration of high-speed mobile internet grew. The 4G ban united Kashmir across the ideologies. Even separatists talked about its restoration. “In view of this global health crisis that has spread to the valley, 4G internet facility should be immediately restored,” Hurriyat led by Mirwaiz Umar said in a statement.

But when it was restored, everybody expressed gratitude.

Congress senior leader and former minister, Tariq Hameed Karra had said,” it is actually a rat race for taking the credit.”

If sources close to the National Conference are believed, for them it was Dr Farooq Abdullah who did the job. “Dr Sahib requested Prime Minister Narendra Modi on January 17 to restore 4G mobile internet services in J&K.”

“4G Mubarak! For the first time since August 2019, all of J&K will have 4G mobile data. Better late than never,” Omar tweeted.

For the Apni Party, it was a promise fulfilled by Prime Minister Narendra Modi and Home Minister Amit Shah to the party. In a statement, party chief Altaf Bukhari said, “I am grateful to the Prime Minister and Home Minister for fulfilling their commitment made with Apni Party on the restoration of 4G mobile internet services that will help the people especially business and student communities to reconnect with the outside world without any hassles.”

Few local leaders of the party believe that the speech of Ghulam Nabi Azad in the parliament led to the resumption.

On the other hand, several petitions challenging the ban have been filed in the Supreme Court, including one by a group of media professionals, doctors and the Private Schools Association of Jammu and Kashmir. When it heard the petition on May 11, the apex court refrained from passing an order for the restoration of 4G services but set up a special committee, led by the Union home secretary, to decide on the matter after assessing the security situation in Kashmir.

But the administration in Kashmir maintained, the decision to revoke the ban was done on the basis of “security situation.”

However, ruffling feathers across, a new dimension was added to the development when the United States Department of State welcomed the resumption of the 4G services in Jammu and Kashmir.

Responding to the developments, the US administration said, “We welcome the resumption of 4G mobile internet in India’s Jammu & Kashmir. This marks an important step for local residents and we look forward to continued political & economic progress to restore normalcy in J&K.”

Many questioned the intervention saying, “the resumption has come from somewhere else.” The government of India is yet to respond to the State department’s tweet.

A day before the resumption of high-speed internet in Kashmir, it was revealed that the cybercrime cell of the Ministry of Home Affairs (MHA) has started a new programme under which citizens can participate as volunteers to identify, flag and report to the government illegal and unlawful content, including child pornography, rape, terrorism, radicalisation and anti-national activities. As per the reports in the media, the programme will be piloted on a trial basis in Jammu and Kashmir, and Tripura.

Under this programme, the MHA’s Indian Cyber Crime Coordination Centre (I4C) will act as a nodal point while volunteers can register themselves with their states or union territories to act as cyber volunteers.

Controversial in nature, there is no legal definition of anti-national content or activity, either by the government or the judiciary. Besides, this gives more power without checks and balances.

The volunteers will be required to furnish personal details, including name, father’s name, mobile number and email address, although these will not be verified separately, according to a document seeking registration from volunteers.

Reacting to the news, J&K former finance minister and economist Haseeb Drabu tweeted “ Khoftan Fakirs of the Cyber Age! As emergency administrator in 1947, Sheikh Abdullah raised a peace brigade, social spies, who would hang around the mosques in the evenings after namaz to pick up anything brewing. They were nicknamed, “khoftan fakirs”!

“Internet may have been completely restored in J&K but in its place, a completely new and a sophisticated system of control is being erected with measures like summoning people to the Cyber Police Station, and the latest one of preparing an army of cyber volunteers to surveil over the larger public”, wrote Anuradha Basin, executive editor Kashmir Times.