I sometimes wonder as to how the animal world perceives the growth and prosperity of the human species. Animals are animals and they exist in the circumstance like forever. Hardly anything changes in their lifetimes except their feeding habits. The rapid growth of human civilization which has been marked by the invention of millions of different kinds of unnatural things; for example, cars, bulldozers, motorcycles, dish antennas, pay phone booths, garages, petrol pumps and what not and how has the animal world adapted to this peculiar change in their immediate environments. Cows, for instance, roaming the streets of every city and town in India; well, how and what do they perceive when they see a vehicle approaching them at break neck speeds. Have they incorporated our vehicles and public transport systems as some kind of fast paced mammoth living objects, for they have no way of telling what is alive and what not because the factor of mobility is involved. But to the relief of horses, donkeys and elephants and their likes which do not have to carry the most evolved species on their backs along with their bare life necessities which by all proportions are always too humungous.

I am amazed when I see an animal crossing the street go helter-skelter to the honk of my car. Poor thing must think that some gigantic animal is meaning to attack it. Yet there are some animals which have adapted all too well, although to their own unrealized losses, to the growth of the human civilization; for instance, the monkeys. Monkeys have their way with humans. They won’t spare you and head right into your kitchen and gallop out with freshly baked bread or sometimes your precious belongings. I remember once in Jammu when a monkey leaped into our living room and took away with my digital watch only to leave it desolate on the insurmountable roof of a house nearby. The “grief” was short lived for the watch had just been lying there unused. I guess an eagle or some other bird of prey must be wearing it now. There are other animals which have been domesticated by humans over the centuries and these have also adapted well to the disproportionate growth of the human civilization.

One of the most intriguing things I have seen when it comes to animal and man-made-machine encounters involves dogs. Have you ever witnessed a dog or a herd of dogs chasing your car? It happens all the time and my guess is that you have experienced such encounters. The dogs just take to your car and start chasing it while barking ferociously at the same time. It seems as if they were attacking you and your car. Why does that happen, I wonder? Well, my basic explanation, which I fished out off my nugget all on my own, is that sometimes a fast moving vehicle which bears resemblance to the car you are driving ran down one of the dog team members and it is the vengeance that they seek, the leftover dogs I mean. Could be a plausible explanation but animal behavioural psychology rules this out and tells us that dogs, in the ancient era, were hunters and they would chase their prey around before actually bringing it down and feasting on it. That’s an instinct that all dogs carry even though the times have chased. It is also viable that dogs would take to their “heels” once they sensed the danger of some moving larger life form and would eventually start chasing it in packs to “save their own skin”. If you ever happen to encounter a dog or a pack of dogs and sense danger, the best way of reducing the chances of an attack is walking at an eased pace. If you happen to panic and run, the dogs will run faster and you would probably get hurt while running and falling or meeting an obstruction rather than the dogs having it out with you. Now, this is an instinct that all predators carry innately and no matter how much circumstances may have changed, the animal kingdom never loses its basic traits. So when a pack of dogs starts chasing your car, it is basically a natural instinct void of the actual attacking process. Sometimes dogs do it for the heck of it as these animals love to play fetch once they are domesticated.

It is a fact that the animal world around us has undergone severe changes at the hands of the growth of the human civilization and perhaps their basic survival has come to be threatened. After all, thousands of species of birds and animals have gone extinct at the behest of human progress over the centuries. This is while our perceptions towards the animal world have not entirely changed and remain somewhat fossilized. Most of us still run away when we encounter a dog gnashing its teeth, or a snake slithering by without meaning to hurt us. Take bees, for example. When one is encountered by bees, we wave our hands and bend down to avoid a sting while the best method to avoid a bee stinging you is to carry what you are supposed to be doing. The bees sense our agitated behaviour and this spells “danger” for them and for their own protection they sting you.

A few days ago while I was at a manufacturing plant in Jammu, I heard someone shriek from inside the plant. Upon enquiring, I found out that a cobra had slipped into the pantry. Everyone present was in a state of shock and no one knew what to do. Everybody stood where they were. If someone in the sight of the cobra moved, it would move its head according to the movement of the human. It was staring at us or so it seemed, for snakes can’t see. It was sensing the vibrations in the air and moving to it. The whole set of people present were whispering under their breath that the cobra was catching a glimpse of everyone present for “future reference”. What? It is not a consultancy firm, this cobra, I told them. But then everyone was apprehensive. A well-built man walked away from us slowly and appeared again with a large log in his hand. “What do you intend to do”, we asked him. His reply that he would squash it earned him a good clause of rebuke. He was told that if somehow he managed to kill the snake, its partner would sniff him out one place or the other and revengefully kill him. Well, that’s the myth that goes around here. Anyways, we managed to call a person who was from Rajasthan, a place known for deadly snakes lurking everywhere. First, he hesitated to rid the snake and held his hands in prayer. Then he came up with a plan. He got a four-inch plastic tubing and sealed off its one end. He slowly left the tubing a few paces away from the cobra and the cobra slithered across and entered the tubing. Then this courageous man temporarily sealed off the other end with a wooden plate and quickly ran downstairs out in the open and let the snake out which took to the surrounding greenery immediately. It had sensed danger while watching all the noisy machinery rattling around and we were petrified by our own fears.

And that is the unbecoming tale of animals surrounded by an unprecedented boom of human civilization and peculiar encounters between the two. 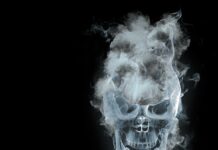 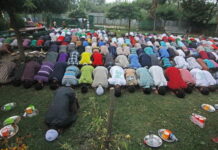 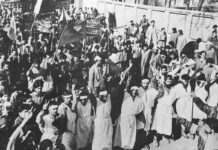