According to police spokesman, an unidentified person of age around 80 years died in a road traffic accident in Ganderbal. The identity of the deceased is being ascertained. 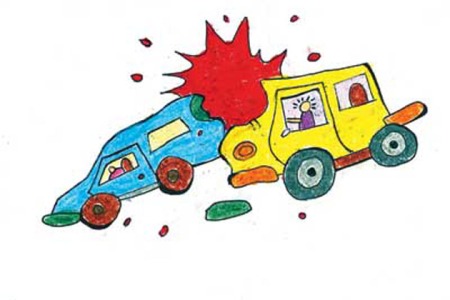 “An old aged person was hit and injured by an unknown vehicle at Wail, in the jurisdiction of police station Ganderbal. He was shifted to SKIMS where he succumbed to his injuries. A case FIR No. 68/2013 under section 279, 304A/RPC was registered in this regard.”

The police has given helpline numbers to contact SHO Ganderbal on 9419408871, 2416478, or Police Control Room, Srinagar on 100  to receive any information about the deceased.

Meanwhile, Five persons including a girl was injured in different road accidents across the valley.

A motorcyclist Khaswant Singh hit and injured Ghulam Hassan Khan son of Abdul Rehman khan resident of Achabal at Thraphoo. In this incident, the motorcyclist was also injured. Both the injured were shifted to Hospital for treatment. Achabal Police has registered a case in this regard.

In Boniyar, a Motorcycle bearing registration number Jk05/4581 hit and injured 40 year old Zameer Ahmad Shah, resident of Bela near Tehsil office Boniyar. The injured was shifted to hospital for treatment. Boniyar Police has registered a case in this regard.

In another accident, a Santro car bearing registration number Jk01P/0860 hit and injured 12 year old Khushboo Jan daughter of Ghulam Mohammad Bhat resident of Barsoo. The injured girl was shifted to Hospital for treatment. Kherbawani Police has registered a case in this regard.