Khan, 85, passed away in a Rawalpindi hospital on Tuesday after a protracted illness. Funeral paryers for him were held in many Pakistani cities while JKLF had planned same in Lal Chowk today. 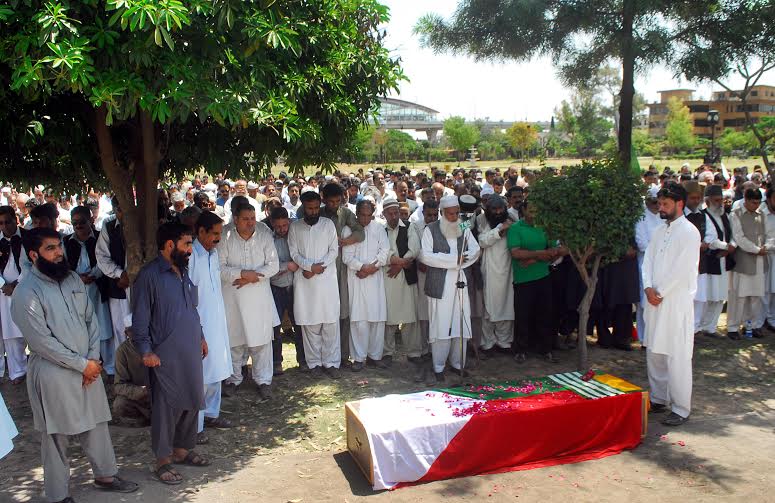 Sajad Lone, who represents Handwara constituency in the state legislature, is part of PDP-BJP J&K Government. He didn’t fly to participate in funeral prayers in Pakistan instead sent his elder brother and Hurriyat Conference (m) executive member, Bilal Gani.