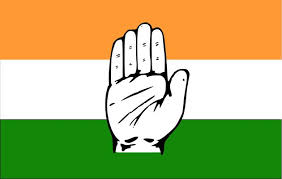 J&K Pradesh Congress Satuday said that it has not changed colours for the sake of power.

Addressing a party gathering in Charar-i-Sharief MLC Gulam Nabi Monga said, “Congress Party has never changed colours for the sake of power and remained dedicated to its cause of  strengthening, serving the people and committed to overall development of the State.”

“Congress feels highly concerned and is duty bound to seek resolution of the issues confronting people of the State. People are facing multiple issues due to the wrong policies of coalition government led by PDP and it has miserably failed to address the issues,” he alleged.

Reacting to the “so-called developmental agenda” of the PDP-BJP coalition, Monga reminded the people of 2 ½ years rule of Congress government under the Chief Ministership of Ghulam Nabi Azad, he said, “state of Jammu and Kashmir has touched new heights in respect of development, education, transparency, corruption free system etc and it was the Congress Party which has whole heartedly supported the then Chief Minister late Mufti Mohammad Sayeed in every respect, to run the State.”

On this occasion, Monga sanctioned funds for two transformers for Alamdar Colony Charar-i-Sharief, as the people in this area were without electricity for a long time.