Amid reports of Delhi considering yet another package for flood devastated J&K, R S Gull examines the costs and consequences involved in the earlier packages announced by Dr Manmohan Singh and Atal Bihari Vajpayee. 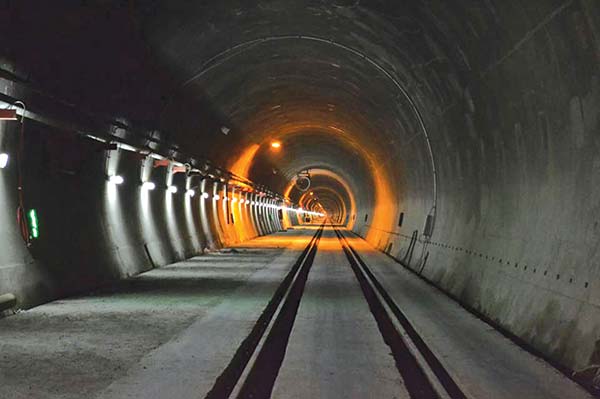 At a time when J&K is facing an acute liquidity crisis, reports about a possible fiscal package is making news. This, however, is not going to be a bailout package. Instead, it is expected to be a thoroughly developmental initiative aimed at adding to the sluggish pace of investment in the developmental activities across various economic sectors. Ever since the reports started coming out, the volume of the possible package has gone from Rs 40,000 crore to nearly double.

“Yes, the state and the central governments are busy negotiating a package,” state’s economist finance minister Dr Haseeb Drabu told Kashmir Life from Delhi. “It could happen as early as next week or, at the most, by the end of July.”

Dr Drabu is himself unaware of the quantum of resources that the package would entail. State government has submitted its ideas and, in certain cases proposals too. But, at the end of the day, it is the central government bureaucracy that will have to take the final call. It can even cross 100 thousand crores.

“Apart from the various projects announced so far, the initiative is expected to have an emphasis on the reconstruction and rehabilitation of the flood devastated economy,” Dr Drabu said. “But one thing is sure – instead of any largesse that would be directly doled out, the idea is to invest in areas which will help restore livelihoods and benefit the flood-impacted directly.”

State government officials who were privy with discussions revolving round the possible package confirmed that while there would be emphasis on housing, there is no possibility of paying cash. “Whatever is happening will happen within the set norms already in vogue,” one middle-rung officer said. “There were efforts to explore the possibility of direct benefit transfer but there were not adequate windows available despite the NDA government being very considerate and even sympathetic.” Expectations in the civil secretariat suggest flood related priorities – relief, restoration and rehabilitation, must get around Rs 30,000 crore.

State government has already got Rs 1500 crore special grant from World Bank to manage its flood crisis. It now expects a series of measures that will make the capital flow to flood devastated economy slightly cheaper.

Indications suggest that the investment required for the already announced initiatives like AIIMS Kashmir, IIM and IIT would be part of the package. Possibility of certain new border road projects and a series of tunnels sought by the defence forces to improve round the year communication would also be included. Nitin Gadkari, Modi’s Transport and Highways Minister has already indicated investment of Rs 25000 crore in the road sector in next five years.

Nobody, however, seems to have any clue about what is going to happen to the Rs 24,025 crore Prime Minister’s Reconstruction Plan (PMRP) that Dr Manmohan Singh announced in November 2004, after Modi Package is announced. Though supposed to be over by 2009, it still exists on extensions. The volume of the package had even shocked the state government, especially Dr Drabu who was key state official involved with the package as state’s economic adviser.

Delayed implementation that triggered massive costs and time overruns, and the package was assessed to have reached a level of Rs 35261.04 crore, by the end of March 2015. Despite the lapse of almost 11 years, the package is still half-way. Officials in the state government informed that the cumulative expenditure on the package has been only Rs 14232.44 crore which is slightly less than half of the overall costs.

The best performing area of the PMRP were the projects that were under state sector. These projects together required Rs 6199.66 crore making 17.58% of the overall resources that were promised to J&K under PMRP. Funds for Baglihar, roads to proposed Sawlkaote project, Mughal Road, counterpart funding for ADB loans, various educational initiatives and rehabilitation of Dal and Nigeen lakes were taken up under this sector.

Performance is reportedly impressive. By the end of March 2015, state government has booked an expenditure of Rs 5074.68 crore which makes 81.85% of the allocated resources. The main grey area where funds were not spent was the Dal Lake – only Rs 83.18 crore spent against approved Rs 356 crore. But officials say they spent every single penny that was released by the central government.

Central government projects that were given to state for implementation have not performed so badly. Projects worth Rs 6721.77 crore making it 19.06% of the overall PMRP resources fell under this category. By the end of March the cumulative expenditure had been Rs 2168 crore – a realization of target by 32.33%. The main crisis that has reduced the scale of its implementation were the two sewage and drainage projects for the twin capital cities. It would cost Rs 1741 crore for Jammu and another Rs 1470 crore for Srinagar. Both the projects have been shifted to JNNURM. No money was spent on augmentation and improvement of water supply in Jammu that would cost Rs 552 crore. This has also been shifted to JNNURM.

The worst performing area comprises the central sector project that various central agencies are tackling directly. Mostly these are road and hydropower projects. This sector was allocated a resource of Rs 22339.61 crore which was 63.35% of the PMRP. The cumulative expenditure booked by the end of March is Rs 6988.91 crore which makes a target realization of 31.28%.

Officials said these are all long gestation projects and were expected to take time. “At least four projects are complete and running,” one state government official said. “Barring in Srinagar-Leh transmission line, there is not a single project under this sector that is not being implemented but the pace is all right as we are not expected to throw money on the road, it has to be spent adequately.”

Despite the central government loading its own projects in energy sector and roads to the PMRP, a senior state government officer said the state is OK with this. “We understand the compulsions of the central government to add all the projects in a plan to make it big,” the officer said. “But the fact is that state gets its due share of projects over and above the routine plan.” In addition to massive roads, he said J&K set up 24 colleges, 119 model villages, 12 tourism development authorities and five police battalions because of the PMRP. “This was impossible within the state plan,” he asserted.

In the expected package, the officer said the centre will make it big, almost inflate to create an impact. “But we will have our own share of the projects and resources and that is the net gain.”

But nobody knows whether the unfinished part of the PMRP will be taken over by the new package or it will continue to retain its pace separately. It is also not known if the package will follow the PMRP divisions, implantation set up and the monitory mechanism. The only thing being said in Delhi is that most of it must be achievable within five years.

As the central government officials are busy in drafting the initiative, the real big challenge they will face is how to package the package? Firstly, they will be under immense pressure from their vote bank in Jammu to make the two-and-a-half districts the priorities of the package. Murmurs area already been heard in state’s opposition camp that sees the package being announced to purchase Kashmir. Secondly, they will have to improve it to make it better than Vajpayee’s two packages and the one that Dr Singh announced. Part of Vajpayee’s package was considered a political statement in economic terms as it addressed the key concerns of the counter-insurgency set up, primarily.

Thirdly, policymakers cannot completely ignore a lot of work that has gone into identification of various areas that have exhibited an investment appetite. Most of this work was jointly done by C Rangarajan and Dr Haseeb Drabu. The two economists jointly worked during Dr Singh’s patronage and crafted at least three major documents. At one point of time, these documents were debated to be packaged as PMRP-II for the state. Though everything will not be picked up from those documents, sources said, Modi package will benefit from the work that has already been done. Just wait and watch.