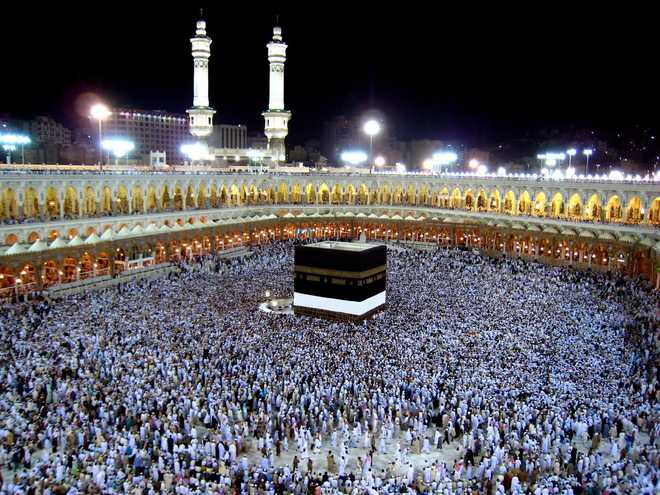 The District Development Commissioners of all districts including Leh and Kargil through video conference informed Divisional Commissioner that the pilgrims training and vaccination programme has almost been completed in their respective districts.

It was informed that 8050 Pilgrims from the Valley will perform Hajj this year. From July 25 to August 03, daily two flights will be operated from Srinagar Airport at 11 am and 2 pm carrying 420 pilgrims each.

While reviewing the arrangements and facilities being provided to the aspirant Hajj pilgrims of the state, the Divisional Commissioner directed the PDD to install generator sets to ensure uninterrupted power supply to the Hajj House Bemina.

He directed the concerned officers to put all arrangements with regard to maintaining regular supply of drinking water, sanitation besides establishment of medical camp along with services of medical officers and ambulance would also be kept available in Hajj House Srinagar and airport 24×7 to facilitate the pilgrims.

Divisional Commissioner was apprised that SRTC would provide adequate number of buses for transporting the pilgrims.

Khan directed SMC to keep proper sanitation in and around the Hajj House besides providing additional mobile toilets in Hajj House and Airport so that Pilgrims do not face any kind of difficulty.

He directed R&B engineers for macadamization of link roads in Hajj House.

Khan directed all officials gear up and finalize all the arrangements well in time.