National Conference President and Member of Parliament for Srinagar, Dr Farooq Abdullah who is also the Chairman of the AAC, on Wednesday chaired the meeting of the Airport Advisory Committee held at Sheikh-ul-Alam (RA) International Airport in Srinagar and took stock of the various issues raised in the meeting. 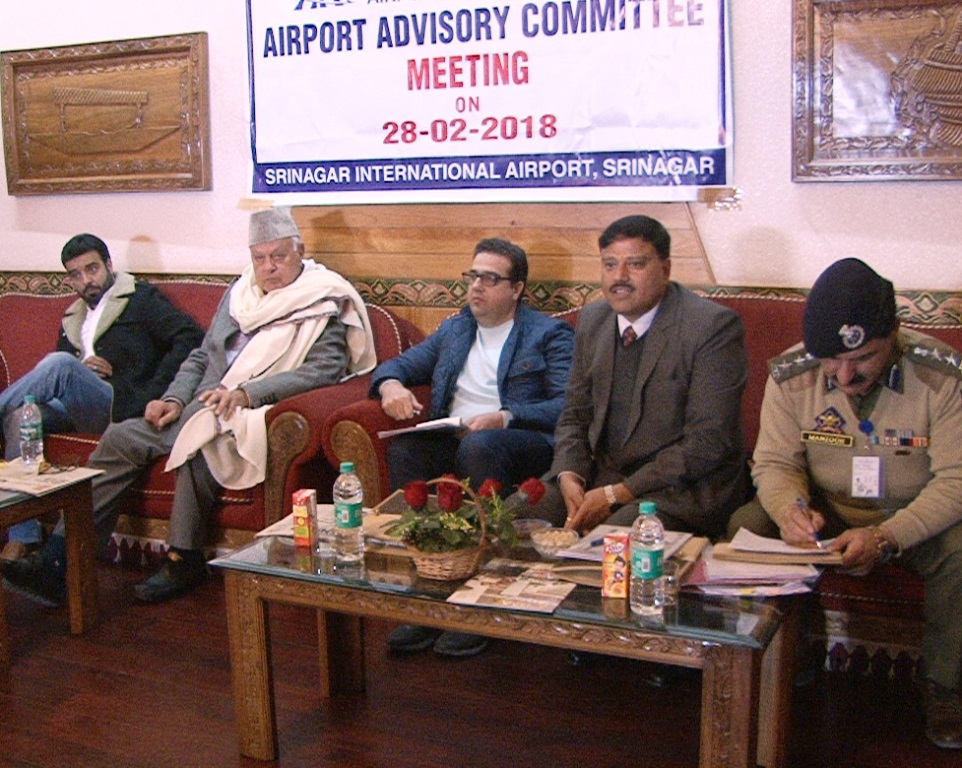 The meeting was also attended by senior officers of the Airport Authority of India, the State Administration, Indian Air Force, CRPF, J&K Police as well as representatives of various bodies including KHARA, TAAI, TASK, KCCI and the officials of the airlines operating from the Airport.

Farooq Abdullah took note of various issues including widening of the Airport Road from Humhama crossing, the approach light at runway 31 and land acquisition for the same, waiting hall for passengers outside the terminal building, false ceiling at SHA/Departure/Check-in lounge, late night flight operations and operation of International Flights from the Airport.

Farooq Abdullah also took note of the formal naming of the Airport as the Sheikh-ul-Alam International Airport and the preponing of the MAFI project and different uniform for the Tourism Police at the Airport. On this occasion, Farooq Abdullah issued orders for the release of 35 lakhs from his MPLAD Fund for the acquisition of a state-of-the-art, fully equipped ambulance for the Airport for the convenience of the general public and travelers.