SRINAGAR: A gunfight broke out between militants and counterinsurgent forces in Baskuchan area in south Kashmir’s Shopian district on Sunday.

Reports said that a joint team of Army, CRPF and Police launched a cordon and search operation in Baskuchan area after having credible inputs about the presence of some militants in the area.

#Encounter has started at Baskuchan area of #Shopian. Police and security forces are on the job. Further details shall follow.@JmuKmrPolice

As the joint team of Army, Police and CRPF approached the suspected spot, the hiding militants fired upon forces triggering an encounter.

When last reports came intermittent firing was going on. 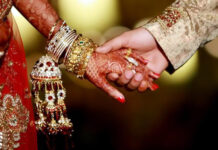