The Government of India constituted two special task forces in 2010 to address the developmental needs of Jammu and Ladakh regions while focussing on addressing political crisis in Kashmir during the unrest. Ikhlaq Qadri reports how the initiative was ultimately funded from the state plan leaving Kashmir high and dry.

To ensure equitable development of the State of Jammu and Kashmir, the Indian Ministry of Home Affairs constituted a Special Task Force (STF) in October 2010, but only to examine the needs of the Jammu and Ladakh region, keeping Kashmir out of it.The team was constituted with a special reference to examine infrastructural deficiencies, and then make suitable recommendations. Based on their visits and interactions, the STFs have submitted reports outlining short- gestation projects that can be completed in a period of two years.  Acting on the recommendations of the special task force, an amount of Rs 250 crore was provided from the approved Rs 6600 crore annual plan 2011-12 for the whole State of Jammu and Kashmir, slicing down the share of Kashmir valley.

“The Planning Commission has included a special plan of assistance of Rs. 250 crore for the packages for Jammu and Ladakh division announced by the honourable Finance Minister of India within the overall scope of the annual plan itself (i.e within Rs 6600 crore),” read the report.

The Task Force members were briefed directly by the Home Minister, P Chidambaram, who stressed the need to concentrate on projects that will be implementable with visible effects within two years. The task force was instructed beforehand not to look into matters having political implications.

On the given instructions and mandate, the Task Force furnished the details of annual fund allocation and expenditure in different regions of Jammu and Kashmir from the state government.  The members also sought list of projects which could be completed within 18-24 months.  The team before the survey was briefed by the home minister that the people of Jammu feel discriminated against on the developmental front. The team on ground found the other side of it.

“The STFJ notes that a fair amount of development activity in the region’s broad need sectors is already taking place in the Jammu region from the Prime Minister’s Reconstruction Plan (PMRP), as also through the normal plan process,” reads the report submitted by the task force to the Home Ministry.

The task force in its report giving the status of implementation of PMRP projects in Jammu region says that, “PMRP, which is under implementation from November 2004, originally had an outlay of Rs 24,000 crore.

Out of total 67 PMRP projects, 18 are located in the Jammu region, with a project cost of Rs. 13,116 crore.” Among the 18, the four projects have been completed which include, starting of 8 new degree colleges, setting up of 4 new Women’s Industrial Training Institutes (ITI’s), financial support for 6 tourism development authorities and construction of temporary shelters, rebuilding of village infrastructure, repair and restoration of damaged houses in the Jammu region. The remaining 14 projects which are ongoing include 4 projects in power sector,  3 projects of roads, 1 project in health sector, 2 projects of civil amenities, 2 projects of tourism and 2 projects of assistance to dislocated persons and the families of the victims of the militancy.

The report released also mentions that the thirteenth Finance commission (FC-XIII) has recommended the specific Rs 75 crore grants for Jammu which includes Rs 50 crore each to legislative complex & Mubarak Mandi and also Rs 25 crore to protection and reinforcement of Tawi river front. Report also mentioned the findings which the Special Task Force found while seeking annual plan outlay of the 2010-11. “The district plan outlay earmarked for the Jammu region for the year 2010-11 is Rs752.38 crore. This compares with Rs 736.16 crore for the Kashmir division and Rs 144.94 for Ladakh,” reads the report.

The second team of task force was constituted to identify the developmental needs of the Ladakh region and then suggest measures for addressing the same. The STF visited the place and held meetings with people from different sections of society. The team had 13 consultative meetings to discuss every aspect. The report submitted by the task force mentioned, “The annual plan expenditure in the Ladakh region, which is of the order of Rs 150 crore per year, does provide a broad estimate of the amount that can be absorbed by the region each year.”

Implementing the recommendation of the Special Task Force the state government decided to spend Rs 250 crore from its annual plan of 2011-2012 exclusively for the development of Jammu and Ladakh regions to start the implementation of projects in phased manner. The total duration to complete the projects is from 2011-2013 and the total amount recommended by Special task force is Rs 496.63 for Jammu and Rs 416 crore for Ladakh.The task forces set up by Government of India only recommended the package for the two regions, but no monetary assistance was paid, thereby putting burden on the annual plan of the state. Planning and development department has already authorized the release of money for the projects identified by the STFs from the current year’s annual plan i.e 2011-12.  The projects in Jammu got Rs 150 crore and Rs 50 Crore each for Leh and Kargil Districts of Ladakh region in this year’s plan.

The constitution of the Special Task Forces came immediately after the turbulent summer unrest 2010. The unrest witnessed killing of around 118 youth in the action of police and paramilitary forces in Kashmir. The announcement for the STF came after announcing interlocutors on Kashmir, thereby specifying the political instability within the boundaries of Kashmir. Ignoring the Kashmir valley in assigning in assessing the gaps in infrastructure has not gone well with the people of this place. They are terming it as political vengeance. “When blood of our youth was yet to dry from the streets, the government of India constituted Special Task Force for Jammu and Ladakh to assess the developmental needs. What else can be there to depict the ill treatment we receive,” says a management graduate and close political observer Hatib Ashraf. 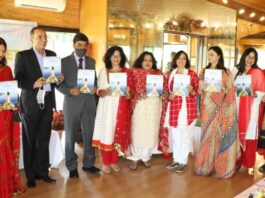 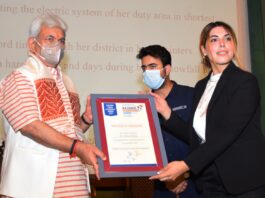 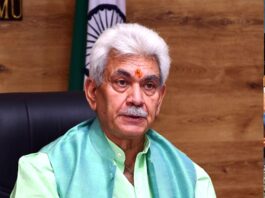 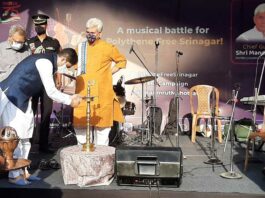 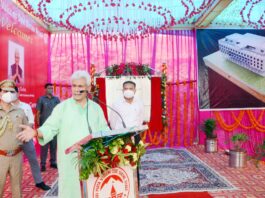