Meanwhile Geelani has also announced to hold a condolence meeting in the memory of slain civilian in Panzgam Kupwara on Sunday. He has appealed people of the surrounding areas to participate in the event to pay tributes to slain.

“This condolence meeting will be a tribute to the elderly civilian and in his appeal to people”, Geelani said while asking people “to participate in the meeting in large number to protest against the brutal incident.” 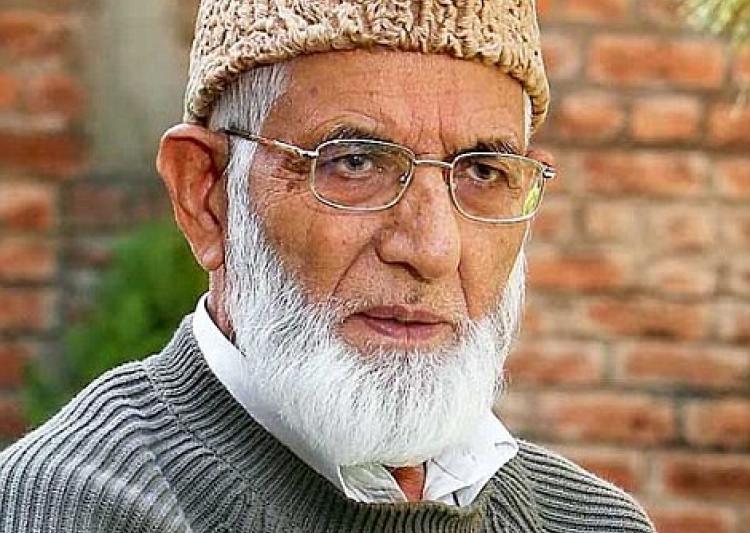 Rejecting the statement of DC Kupwara for initiating inquiry in the case, Geelani said that state level inquiry commissions are “unacceptable as till now not a single culprit was prosecuted or brought to book.”

While blaming forces, Geelani said that they are directly targeting civilians and unbridled state power is being enforced against innocents. He blamed state administration for unleashing violent measures against unarmed civilians.

Meanwhile Joint resistance leadership has condemned the arrest of chairperson Dukhtaran-e-Millat Aasiya Andrabi along with her secretary Fahmeeda Sofi.

“It is highly deplorable that forces raided their residence in pitch of dark at soura residence of & jumped above gate and entered premises to arrest them,” spokesperson said in a statement.

Hurriyat Conference has also expressed concern over the reports of thrashing Molana Sarjan Barkati in police custody in Shopian.