SRINAGAR: The counter-insurgent forces on Wednesday claimed to have busted a militant hideout in Kishtwar district of Jammu province of the Union Territory. 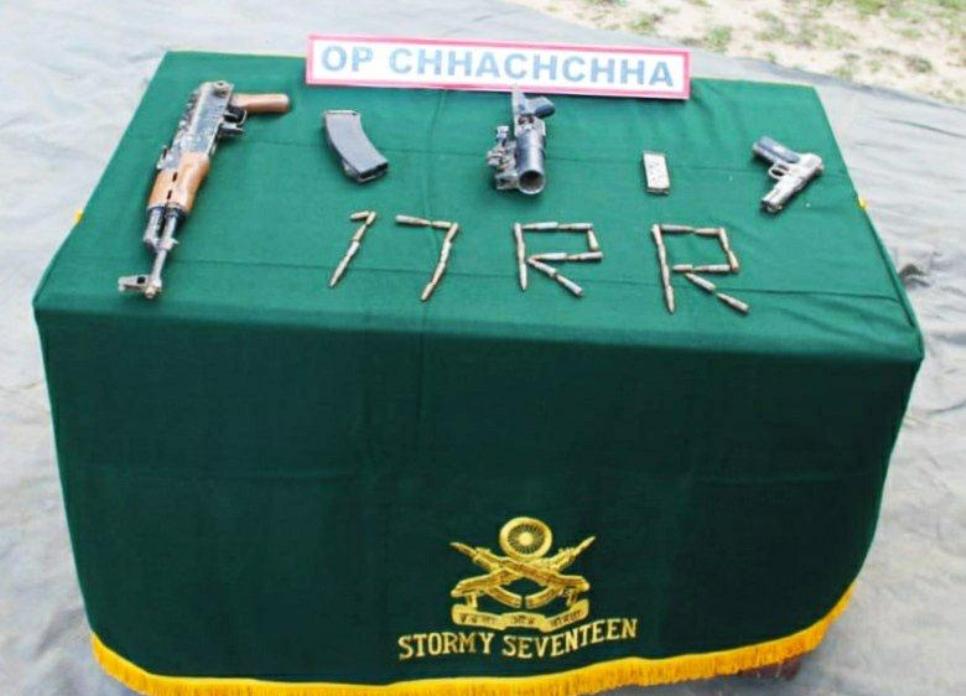 During searches, one AK56 rifle, one magazine of rifle, 27 bullets, one pistol, one pistol magazine, six pistol rounds and one UBGL grenade were recovered, officials said, adding that a case under FIR number 103/2020 under section 153 IPC, 7/25 IAA,13/18/19 ULA has been registered in Police Station Kishtwar.