Kashmir Life re-produces the statement which J&K RTI Movement issued to this afternoon:

J&K RTI Movement calls for complete transparency in the on-going negotiations between the Government of Jammu and Kashmir (J&K Government) and the Government of India (GoI) regarding the transfer of hydro-electric (hydel) projects in the State, currently being executed by NHPC Ltd.

Data recently revealed under the Central Right to Information Act, 2005 (RTI Act) shows that between 2001-2015, the NHPC has earned at least Rs 194 billion (Rs 19,431 Crores) from the sale of power generated by the hydel projects based in J&K.

Of this, J&K Government had paid Rs 41 billion (Rs 4,129 Crores) to NHPC to buy 19.7% of the power that was generated by the hydel projects situated in the State.

This information has been supplied by NHPC in response to an RTI application filed by Venkatesh Nayak of our partner organisation, Commonwealth Human Rights Initiative, New Delhi.

The NHPC is running seven hydroelectric power projects in the J&K which include Salal, Uri-I, Dulhasti, Sewa-II, Uri-II, Chutak and Nimmo Bazgo. Official documents reveal that NHPC has generated 1, 15,636 million units of power from these projects from 2001 to March 2016. 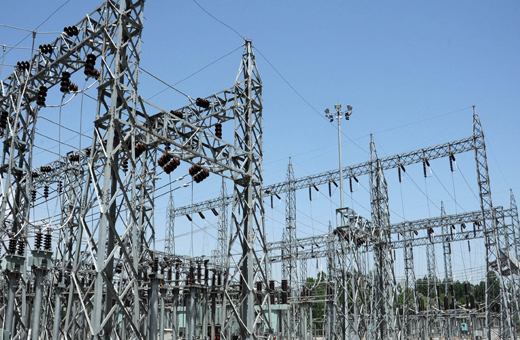 Seven hydel projects were handed over to the NHPC for funding, execution and operation over a period of 10 years under a Memorandum of Understanding (MoU) signed between the J&K Government and GoI.

The MoU was inked in the year 2000 in order to help J&K in its overall development apart from meeting its winter peak electricity requirements. The MoU also contains a clause requiring both parties to work out a methodology for “handing over these projects to J&K Government separately” and not a “buyback” of these projects as has been reported in a section of the media.

A copy of the MoU, the RTI application and the responses received from NHPC are enclosed with this press statement.

A second RTI application filed by Nayak with the Union Power Ministry seeking copies of the correspondence between J&K Government and GoI regarding the transfer of the hydel projects back to J&K has been rejected by the NHPC on grounds of commercial interests as the “issue is not yet resolved”.

Earlier, in March 2015, in reply to a question raised by Lok Sabha MP from Srinagar, Tariq Hameed Karra (Unstarred Question #1771), the Union Power Minister had stated that the NDA Government had not accepted the recommendation of the J&K Group of Interlocutors made in 2012 to transfer these hydel projects as a socio-economic confidence building measure.

J&K RTI Movement is pleased to note that the negotiations are continuing despite the Minister’s reply in Parliament. A copy of the RTI application and the rejection letter issued by NHPC to whom the RTI application was transferred by the Union Power Ministry are also enclosed with this press statement.

The power generation and sale data released by the NHPC under the RTI Act, shows that a total of 15,636 MUs (million units) of power were generated by these seven hydel projects in J&K from 2001 up to March 2016.

However, data regarding the sale of power by NHPC to various utilities has been made available only up to 2015. Under the 2000 MoU, J&K is to receive 12% of the power generated at these hydel projects free of charge.

In addition to this quota, the MoU allows for the sale of 15% of the total quantum of power generated to J&K Government at bus bar rates.

Figures disclosed by NHPC under the RTI Act shows that the actual quantum of sale to J&K for the period 2001-2015 is 19.7% of the total power generated. According to information available in the public domain, the Pakal Dul hydel project is yet to be completed.

In July, 2014 when the then MP from Islamabad, Ms Mehbooba Mufti, had sought power generation and sales figures from NHPC in the Lok Sabha (Unstarred Question #2194), the Union Minister of State for Power had assured her that the data was being collected.

It is not known whether the information was eventually supplied to her not. Thanks to RTI the power generation and sales data have been made public now. J&K RTI Movement believes that as the Chief Minister of J&K, Ms Mufti now has a sworn duty of transparency regarding the continuing negotiations over the transfer of the hydel projects in J&K.

Data presented by the Union Minister for Power, in the Lok Sabha, in March 2015, also reveals that more than 40% of the power generated by NHPC across the country flows from J&K alone.

In August 2015, the Union Government had admitted in the Lok Sabha that NHPC was a profit making public sector undertaking (Unstarred Question #2795).

Earlier in April 2015, the Central Government revealed in the Lok Sabha that it had earned more than Rs 21 billion (Rs 2,131) crores by disinvesting some of its shares in NHPC (unstarred Question #5186).

Another proposal for disinvestment of shares to the tune of 11.36% is under consideration (Lok Sabha Unstarred Question #2795). By no stretch of imagination are the finances of NHPC in the red.

While the data revealed under RTI shows that J&K is a power-surplus State, J&K RTI Movement is deeply concerned about the deteriorating power supply situation across the State.

Precious public funds are being invested on polluting diesel generators to provide power supply to far flung areas when a large proportion of the clean energy generated in the State is being sold outside the State.

J&K RTI Movement calls on the J&K Government under Ms Mehbooba Mufti’s leadership to protect the interests of the State better, by negotiating vigorously for the handing over (and not buyback) of the hydel projects to J&K.

J&K RTI Movement is working with CHRI, New Delhi for the practical realisation of the people’s right to information and transparent governance in J&K. This press statement and the data obtained under RTI is being released to encourage informed public debate on the power situation in J&K.