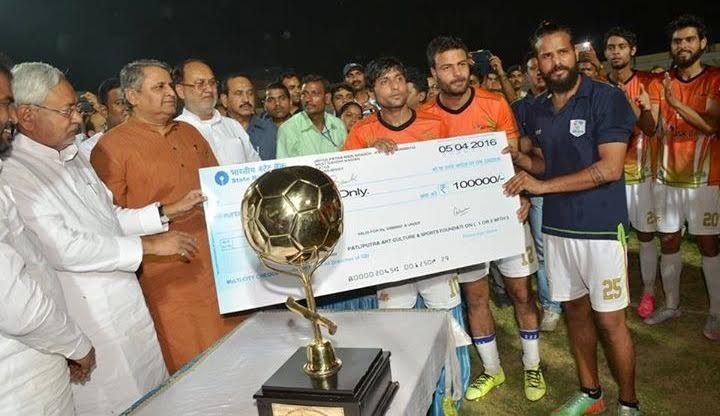 From the bank side, Aman Thapa scored the all-important goal of the match towards the end of the second-half of the game, a company statement said Wednesday evening.

Chief Minister of Bihar and Chief Guest on the occasion Nitish kumar presented the winning trophy to the bank’s team besides awarding the Rupees One-lac cheque.

Impressed by the team’s discipline and sporting spirit throughout the game, Chief Minister Bihar praised their stamina and perseverance.

Chairman & CEO J&K Bank Mushtaq Ahmed congratulated the team on the occasion saying, “You deserve congratulation for this important victory, which will boost your confidence and has set the right tone for the football season in the state.”

Earlier, the Bank’s football team entered the field with a well devised strategy and played aggressively against the Army XI, which had stunned favourites ONGC Mumbai in their semi-final match. However, both the teams could not score any goal during the first half. 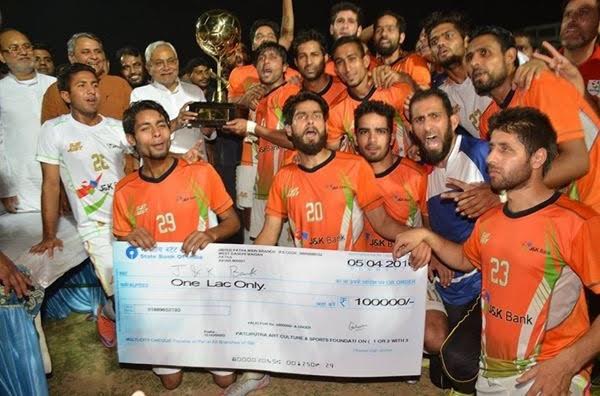 In the second-half, J&K Bank started dominating the field by making several moves through piercing passes from mid field. In the 77th minute striker Adnan Ayub and Shiekh Rizwan made a fantastic move in tandem, putting ball to left wing back Aman Thapa, who made no mistake and scored a fine goal from outside the penalty area.

The match ended with the score 1-0.

The entire crowd supported of the bank’s team as the spectators felt thrilled by the top class football played by them. Many spectators praised the bank’s players for their fantastic performance during the match which was telecast live on Doordarshan Bihar channel.