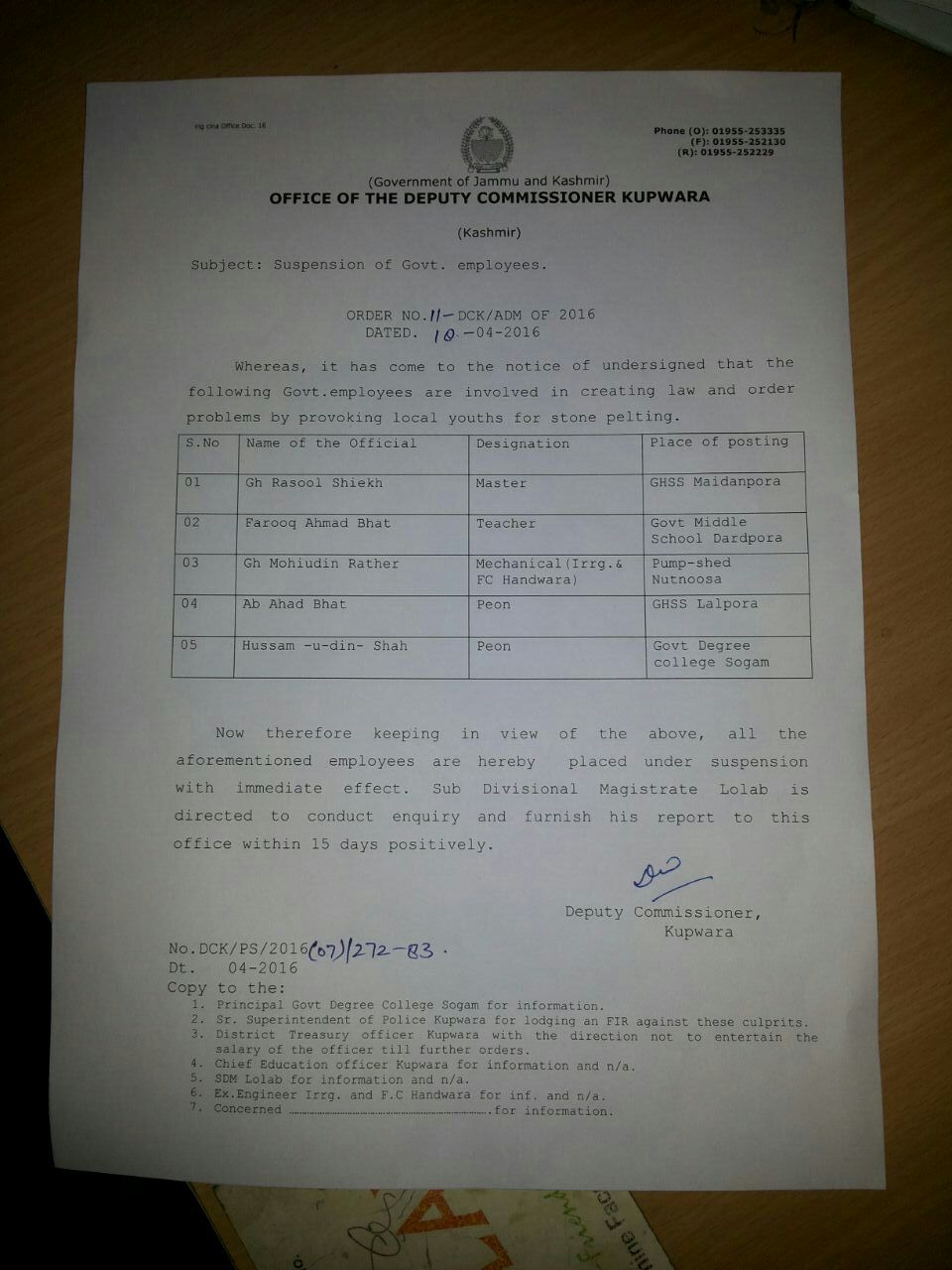 The order issued by the deputy commissioner Kupwara, Rajeev Ranjan said that five government employees were provoking youth to take part in the stone pelting that occur in the district from past several days. “The involved government employees have been suspended vide order number 11-DCK/ADM of 2016,” he said.

The deputy commissioner said that Sub-Divisional Magistrate (SDM) Lolab has been appointed to conduct an inquiry viz-a-viz government employee’s role in provoking the youth. “The magistrate is going to submit the report before me within 15 days time.”