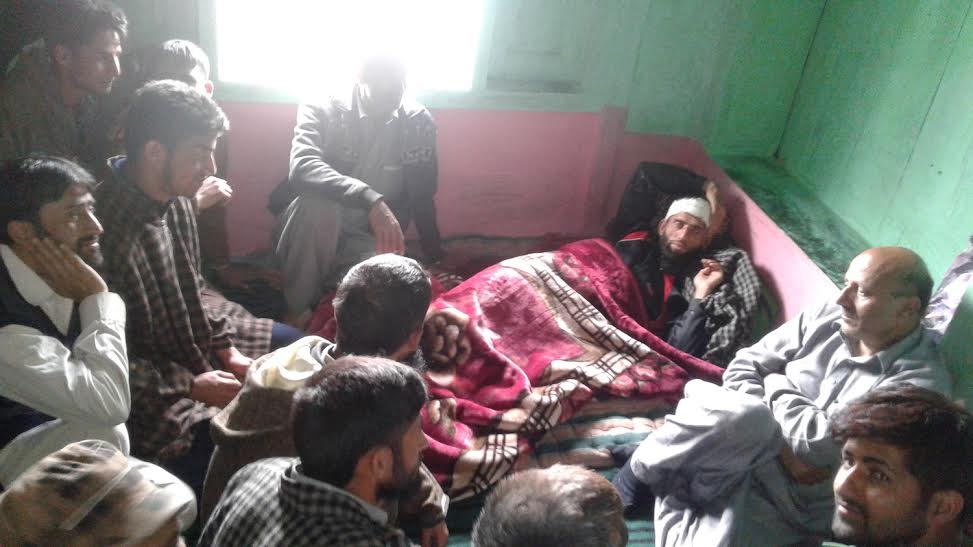 Rasheed said it is strange that while interacting with German Ambassador Dr Marten, Mehbooba Mufti talked about the talent of Kashmiri youth getting unnoticed and wasted due to violence but did not utter a word about who is responsible for all this.

“She didn’t utter a word about the political dispute nor apprised German ambassador about the dividends to find a peaceful settlement to the Kashmir dispute. She preferred to represent the interest of New Delhi over interests of Kashmir and in a way put whole blame on the youth of Kashmir,” Rasheed said.

Rasheed was addressing people in Kanthpora and Divar aeas of Lolab where in militancy related incidents a mosque was damaged and a civilian Reyaz Ahmad Khan had suffered injuries in a mysterious blast.

Rasheed said, “It is tragic that no one from the civil administration has so for visited Kanthpora where the mosque was damaged during an encounter between militants and the army. It seems as if the one point agenda of security forces is to kill militants whatsoever the cost may be. Instead providing assistance to Reyaz for treatment, he is being harassed and asked to report at police station Lal-Pora, which is deplorable and condemnable.”