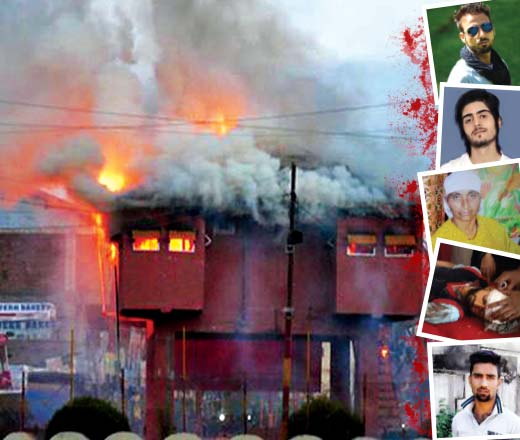 ADC Handwara has been appointed as enquiry officer to find facts pertaining to the issue, which resulted in killings of two innocents.

Rasheed, who was part of the protest that took place after the killing, told the commission “how security forces used disproportionate force and other facts as an eye witness to many incidents related to the episode”.

Speaking on the occasion Rasheed said, “government has started forgetting all that what happened at the streets of Handwara, Kupwara and elsewhere. Army camp at Nutnussa has turned life of more than a dozen villages into hell, as not only that a precious life was lost recently as a result of unwanted and unprovoked firing by army near this camp but the functioning of water supply scheme, Primary Health Centre and High School have become defunct due to the fact that one has to cross the premises of the camp to monitor or attend either of the three places. The periodic requests of people of the area have yielded nothing so for.”

Rasheed asked government not to make it a point of ego and remove the camp from the location, or the people of the area will be forced to go to any extend to get the camp removed.