Kashmiris are going online to express and establish themselves. Syed Asma surveys some Kashmiri websites that emerged in 2011.

Amidst the bans and restrictions on mainstream media in Kashmir, youth in the valley are finding alternative spaces to share stories—by starting their own websites.

“We have a passion for writing and it would do no good if it’s not used to tell the stories of Kashmir, for Kashmir holds a galaxy of untold stories,” says Samreen Mushtaq, a part of the three-month-old website Kashmir Currents. It was Samreen’s idea to start a website but she credits her team for making it a reality. Samreen is a presently pursuing her Masters’ in political science from Jamia Millia Islamia.

One day Samreen and her friends visited a woman in Kupwara who had lost her four sons to the conflict, but had received no media coverage. It was then that Samreen and her friends decided to provide a platform for such unreported stories.  “We wanted these untold, unheard stories to be told and re-told. Media [mainstream] often fails to follow up few stories,” says Samreen.

Fahad Shah seconds her view. He has turned his blog into a full-fledged website called The Kashmir Walla. He says organisations have their own pressures to handle but alternate media is the medium for the people and of people. “It reports what mainstream media cannot report because of its limitation.”

Fahad’s blog, set up in 2009, came from a need to write about Kashmir for his non Kashmiri friends who did not know much about Kashmir and the conflict.

Online enthusiasts in Kashmir say it is the global reach of the internet that plays a part in them turning to the web for highlighting conflict stories.

Sheikh Saaliq says online media is the main media source in today’s world.  He believes repeatedly reporting on Kashmiri suffering to Kashmiris does not make much sense now, and that it is time to highlight these issues on a wider platform so it reaches the larger global community. He considers Internet to be the best medium for this.

Saaliq runs a website called The Vox Kashmir, meaning ‘voice of Kashmir.’ It started as a blog in early 2009.

“My website’s second issue had 15,000 hits in the first three hours of being uploaded, of which only 4,000 where from Kashmir, which suggested people outside are reading Kashmir,” says Saaliq.

The Kashmir Walla’s mention in Sunday Guardian, Indian Express, Mint Lounge, NDTV and Al Jazeera speak volumes about its readership in just the second year of its existence.

Kashmir Currents, The Vox Kashmir, The Kashmir Walla, The Parallel Post and other websites owned by Kashmiri youth came into existence after the recent unrest from 2008-2010. Limits on media during this time compelled them to create their own spaces for expression, they say.

At first, they turned to social networking sites such as Orkut, where they discussed issues with friends and refined their ways of expression. Then they started blogging and eventually turning to sites such as Facebook and Twitter. Each online outlet helped the young generation of Kashmir move one step closer to discovering and developing themselves in the virtual world—and gradually led to independent websites—designed and operated by Kashmir youth.

“We are all Orkut immigrants,” says Saaliq. “These social networking sites encourage us to use them to tell our stories. We have now moved on to more formal and authentic media, e-magazines and websites,” he says.

In addition to giving a voice to unheard stories of Kashmir, these websites have provided an opportunity to many individuals, and given them the chance to show their skills. Each website’s team includes trained journalists, passionate writers, graphic designers, and IT enthusiasts.

“The idea is to encourage new writers who are not established or who are amateur writers. We aim to encourage people beyond their social, intellectual, cultural and political existence,” says Anees Zargar.

Anees is a part of Kashmir’s online magazine, The Parallel Post.

“The Parallel Post also aims to help youth develop skills in various fields like filmmaking, writing and photography,” he adds.

Most of the youth running these websites are passionate to the extent that they sustain the websites with their own pocket money.

Saaliq says, “Tying up with other organisations means that they too will have a say in the content. It increases the tendency of outsider’s interference and may lead to some compromises as well. So, this makes us hesitant of trusting anyone.”

The enthusiastic young website owners say they may suffering on the financial grounds but are not ready to compromise in their content.

Letter From The Editor 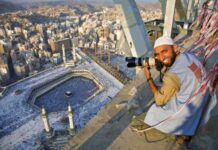 Eye On Wars And Life 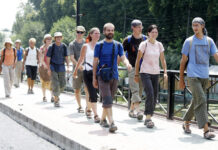 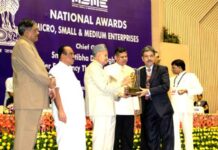 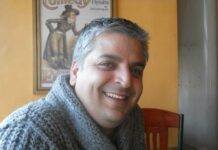 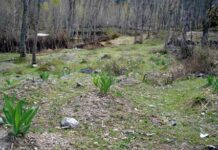 The Dead Meeting The Disappeared