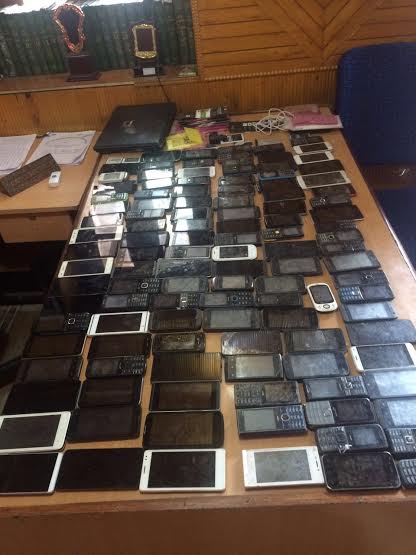 Jammu and Kashmir Police have cracked a theft case pertaining to mobile phones of a local shop keeper in South Kashmir’s Pulwama district.

On March 15, 2016, Police Station Pulwama received information from the owner of Friends Mobile Care shop Rajpora chowk that on the intervening night of 14-15 March, some thieves had broken into his shop and decamped with the mobile phones worth Lakhs along with a laptop.

Accordingly, an FIR u/s 457, 380 RPC was registered and investigation was set into motion.

During interrogation, the police team succeeded in recovery of mobile phones and a lap top worth lakhs of rupees.

The investigation is still going on in the case and further recoveries are expected, a police official said.