An eerie of silence breaks out. Calm as dead. Leaves simply refuse to move.Chirping of birds nowhere visible, it seems walk over a graveyard. It might be a problem with my eyes and thoughts. I refuse to see beauty in nature; it refuses to make me believe in good about it.Our village will entertain our guests with best of what nature has bestowed it. 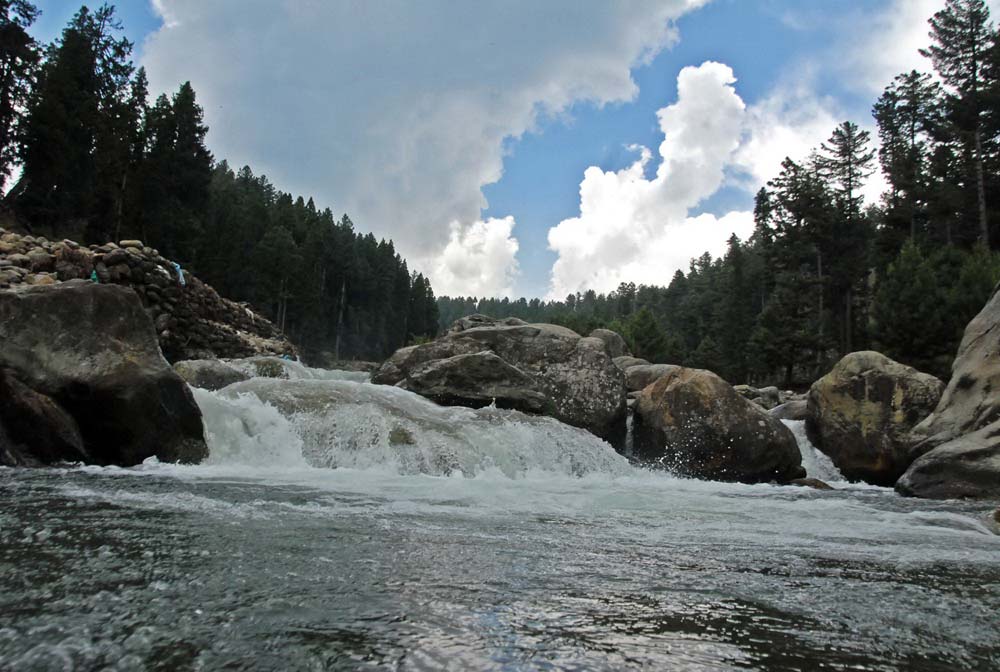 (File image of River in Kashmir)

Our jewel is Rambiara, the famous and ferocious river. Its music soothing; the mighty Pirpanchal range beatifies it. Clouds are like desert over a meal,simply enchanting. Sometimes we village boys do upload picture in the carpet of stones, it gets thumbs up. In rain the carpet of stones turns shawls of Kashmir. It is nature at its best. A simple walk over these designed stones will feel thousand walks over heaven. We have more to offer at the table. Bright moon exposing its beauty mesmerising even the hardest lovers; Majnoon could have simply wiped out the thought of Laila seeing it dancing over our village. In night’s deadly silence, the music of gushing water is soul soothing. Seems the angel of music comes down every night to sing songs which fire up every soul, every atom of that place.

We have more; those big Chinar and these apple orchards.Chinar!Our honour, representative of Kashmir’s glorious past.Its height is like an arrow into the sky. Big, very big; many hundred years old. The nesting of birds over it, these are in hundreds. In dusk, there is such a huge chirping. It vibrates throughout our village. Many of us shut down their music systems and listen to these. Jagjit Singh, Shakeera, Lady Gaga is of no match to these.And, that naughty couple of Bulbul’s (Nightingale) which sneak into my room checking every utensil and rob everything; food, peanuts. These even check pockets, not to take money but leftover of food.And those apple orchards! 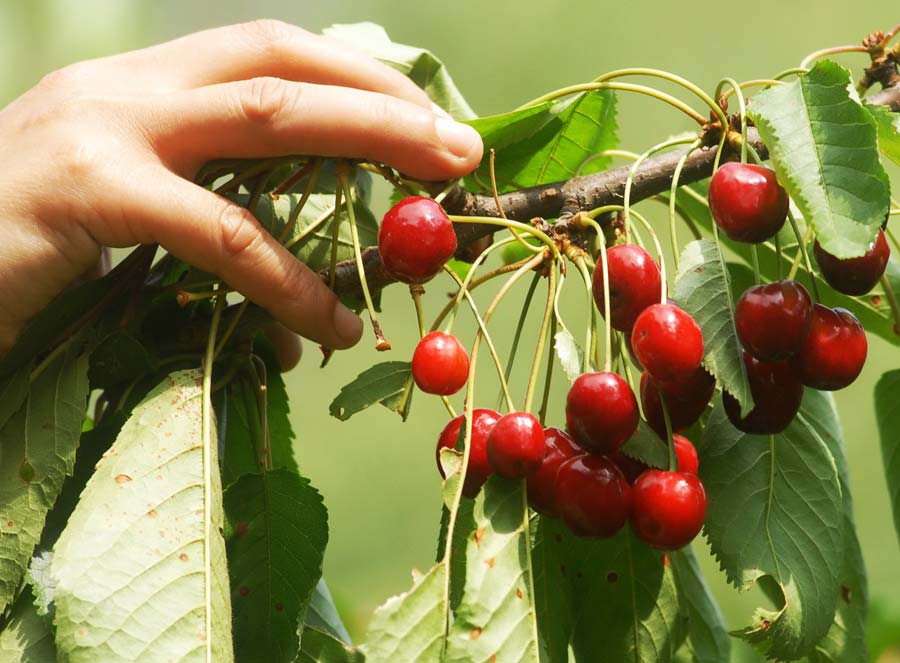 A delicious Cheery being displayed

Even Frankenstein would not dare to enter it, will tremble with fear. He will think many million times.Its history is menacing. It is a village of ghosts, cries and shrieks. Nineties! We were children that time, few feet tall, no potential threat to anyone; not even to state. Being tall was dangerous but being fatty was plus point. Fatty people are not looked upon with doubt. We were neither tall nor strong but small like evergreen. We could flirt with forces as well.We moved freely in and out of conflicts. Not adults, they usually came with some scars and dots. Torture was the main reason we guessed.

Over time we as children never get to know what was going on. We were simply ordered by villagers not to leave any stick in the village. We collected it out of fun, to be rewarded by toffee or some penny; we did not know these sticks would burst on the bones and clot the blood there in. We simply did not realise it then. Our mind refused to entertain these thoughts and ideas. Our concerns were those red cherries,delicious apples,peaches and pears.In nights we dreamed about to take down those down our throats. Besides these delicious dreams, nights were ferocious. Some dead people seemed to be walking those roads, who? Nobody knows. We that time had bloodsuckers (Rat-Choor in Kashmiri). Lights would be off before dusk. Everybody was inside like those sparrows out of fear. Rooms were locked heavily, more locks came in. Inside out there were locks and locks. No family ever missed to miss a single lock. Still we seemed not being safe. The windows were stitched with iron rods and big sheets of cloth.A single beam of light from rooms would bring ruin. It did many times. Shrieks were answered with silence from neighbours. Many called nobody answered. Silence as if nothing happened. Complete one.\ 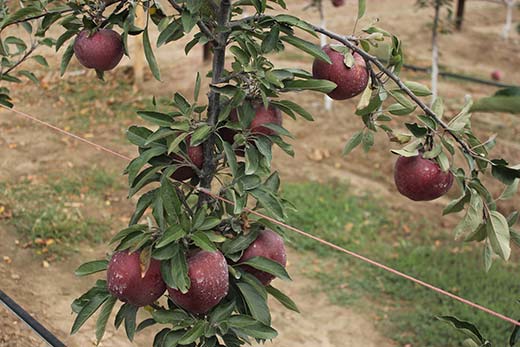 Today our village is same, no change will anyone observe without a keen eye. There is a horror. We have many orphans roaming, many young boys dead and many widows. From sisters to mothers everyone cries in pain, in loss of loved ones. There is an invisible but heavy pain in air. Those who used to roam smilingly on these roads and lanes. They are there in graveyards below many many tons of earth. Heart wrenching is this, walking besides that graveyard brings gloom; it accompanies you many days.

Our friend is lost, our villager is lost, our talkative friend is lost and our companion below that shade of chinar is lost.We don’t keep our windows open to let fresh air inside our rooms; we have kept big cloths hanging on windows. We don’t want that smiles of those who were dead reach our rooms, make us gloomy, we don’t want the sighs of wailing women come with fresh air, we don’t want feel of ghosts, and we don’t want cries. Our windows are shut as ever, we rarely open it. If sometimes we do, we see those people again roaming the streets; bright and young faces. We are shut. It’s my village it is my conflict now.

(The author is a Ph.D scholar in Dept. of Economics at Aligarh Muslim University and can be mailed at [email protected] Ideas expressed are his own) 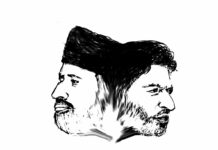 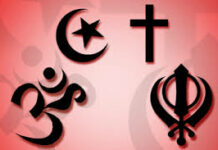 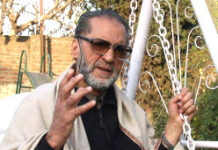 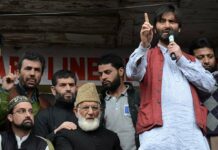 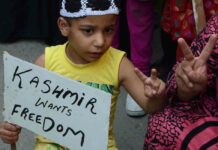 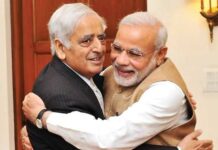