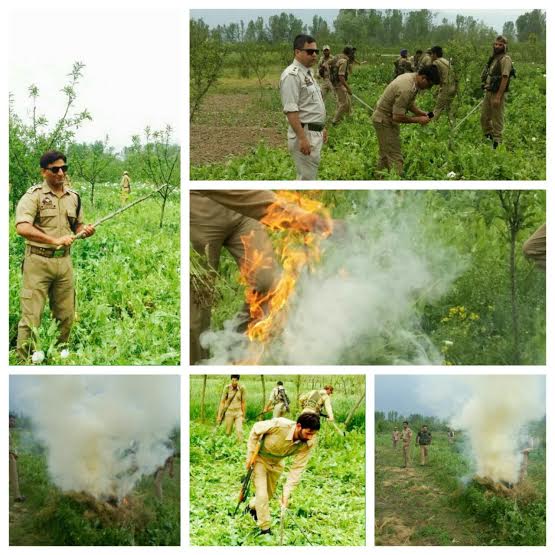 Jammu and Kashmir Police Wednesday launched a massive drive against cultivation of poppy and hemp in South Kashmir’s Shopian.

Police had reiterated its commitment on anti-drug drives in Shopian on Tuesday during a police-public meet.

Poppy and hemp cultivation was destroyed on nearly 100 kanals of land in sub-division Zainapora today.

The drive which was carried on directions of SSP Shopian, Dr Shailendra Mishra, has been widely hailed by the general public.

A Police team led by ASP Shopian and SDPO Zainapora set the entire destroyed crop on fire.
“The drive shall continue in future as well after identification of such pockets where cultivation is being done,” an official said.