The arrested include Kewal Krishan, an Indian Reserve Police (IRP) constable;  Ashwani Kumar son of Mela Ram of Kachryal in Khour, who had left a CRPF job, and Rakesh Kumar of Pel, also from the Khour area of Akhnoor. Besides, two touts from Haryana – Yatin Yadav alias Guru Ji of Rewari and Anil Kumar of Mahendergarh – were also arrested.

CBI investigators believe that the Khour trio had collected Rs 1.25 crore from the people whom it sold the question papers. The IRP constable was running the same from Mattan in South Kashmir, where he was posted.

This is the second group of people who have been arrested by the federal investigator. Earlier, a government school teacher and a police constable were among three persons arrested in the case. They are in judicial custody right now.

The second wave of arrests in the sensation case coincided with the searches by CBI at Hotel New Krishna Palace at Chand Nagar in Jammu City. The hotel is owned by Sanjay Kumar Dutta. Reports said his home was also searched.

The hotel was searched in wale of the reports that the question paper was brought to this hotel where some teachers wrote the answer sheets, which were also provided to the beneficiaries. This adds a new angle to the sensational scam that has impact more than three lakh applicants whose eventual selection lists were cancelled. 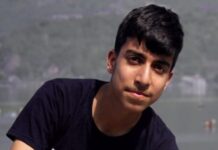