Kashmiris have finally explored the art of venting their anger in a subtle manner. Shams Irfan observes a year when a decades old conflict met creative expression.

2011 saw young Kashmiri artists—both amateur and professionals—take on the mighty Indian establishment through a medium that largely remained unexplored so far. Young Kashmiris preferred social media networks like Facebook, Orkut and Twitter over street clashes with armed forces in order to be heard across the world.

The year that just passed saw the growth of a young filmmaker—Shah Ifat Gazia—who revisited the murder of an eight-year-old Batamalloo boy, Sameer Rah, in her documentary Long Ago I Died. It also witnessed theater personality Arshad Mushtaq highlight reflections of the present political situation in Kashmir through his play Wattepaed [Footprints].

Gazia and Mushtaq both represent the new voice of suppressed Kashmiris who have struggled for decades for justice and peace.

Shah Ifat Gazia, a biochemistry undergraduate student at Women’s College, Srinagar along with her three friends took to documentary film-making to investigate the conflicting accounts of Sameer’s death. In September, Gazia’s documentary film was privately screened in front of a packed audience at a hotel in Srinagar. “I wanted to tell the world what exactly happened to Sameer Rah,” said Gazia, “The anger inside me was provoking me to act.”

The film explores Sameer’s short life and his tragic end through a series of eyewitness interviews with people who tell Gazia that the boy was beaten to death by CRPF men near his house.

With no prior filmmaking background whatsoever, it took Gazia and her friends six months to shoot the entire footage. “I have never used a film camera before. But the urge to do something for Sameer encouraged me to overcome my shortcomings,” she said after the screening.

In December, Gazia travelled to New Delhi to attend a screening of her documentary at SARAI, a Delhi based NGO. “The response was really good as people appreciated my efforts.” But at the same time, she was blamed of promoting the ‘separatist point of view’ through her documentary.

“To my utter surprise, some Kashmiris who live in Delhi criticized me of being biased in making Long Ago I Died. They felt that I am promoting Geelani’s point of view through my film,” she said sadly. “But thank God I bravely faced all the criticism without getting emotional.”

In an earlier interview with Kashmir Life, Gazia said she will continue with her film-making career as going back to a so-called normal life is not an option for her anymore.

Aarshad used a blend of modern theatre techniques and traditional folk theatre form, Bhand-e-Pather in his play to showcase the present political realities in Kashmir. It took him just four days to write the entire play. “The theatre that people cannot relate to in any way fails to draw them towards it,” said Aarshad in an earlier interview.

Recently, Wattepaed was selected for performance in National School of Drama’s annual International Theatre Festival Bharangam – 2012, a rare feat for a Kashmiri production.

Aarshad’s play helped in reviving the almost dead theater culture in Kashmir through his bold portrayal of the life of ordinary people in a conflict zone. His thought-provoking work made people shun their notion that the theatre culture in Kashmir is on the decline. Aarshad merged the traditional folk form of Kashmiri theatre to create a sense of belonging amongst his audiences who surprisingly bought tickets to watch his play – traditionally state-sponsored plays are for invite-only audiences – giving theatre a new lease of life in Kashmir. 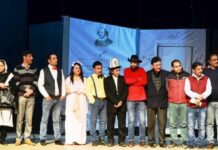 Lost In A Laugh 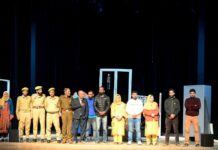 In Tagore Hall, Shakespeare Watches Tragedy Of His Characters 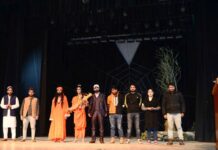 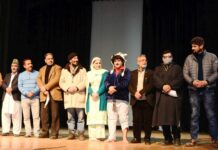 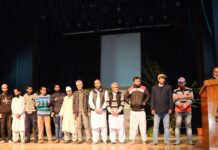 Tomorrow’s Hope Failed In Taking Off From Today’s Stage