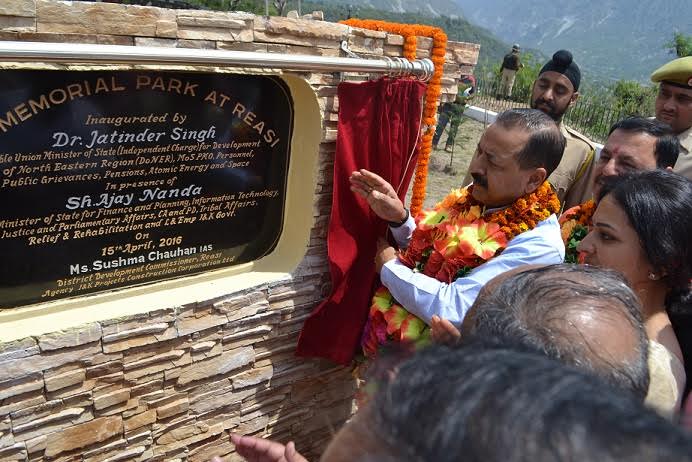 The District Administration in collaboration with the Indian Army has set up a War Memorial in Reasi. The War Memorial which is the first-of-its-kind covers in detail 1965 Indo-Pak War, an official spokesperson said Friday evening.

Union Minister of State, Dr Jatinder Singh, today inaugurated the War Memorial established outside Deputy Commissioner Office Reasi to showcase the “bravery of the Indian Army and also to commemorate the sacrifice of war heroes”.

While Addressing media persons,  Singh said, “the inauguration of the War Memorial in the golden jubilee celebration year of the 1965 War is also a befitting tribute to all gallant soldiers who made the supreme sacrifice to defend the motherland.”

He added, “this War Memorial which is the first-of-its-kind in the district will also cover in detail inspiring contribution of army in all combat operations and other nation building activities. It will surely become a ‘must visit’ destination for the large number of tourists and visitors.”