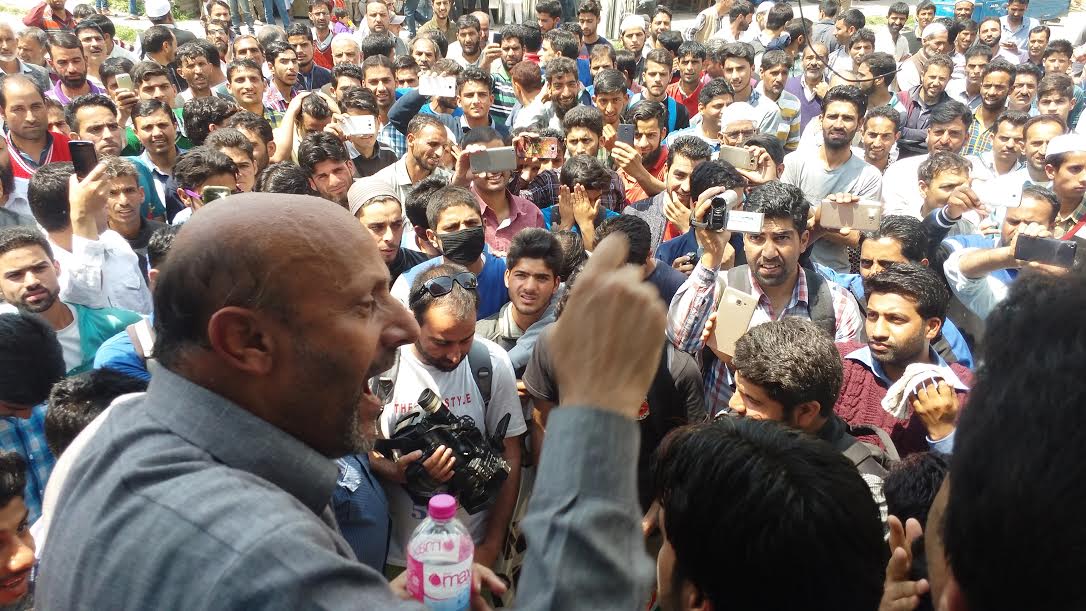 Hundreds of party supporters from different areas of Baramulla district started the march from Main chowk and proceeded towards Deputy Commissioner’s office.

“The protesters carrying banners, placards and flags were shouting anti-BJP slogans, no to Sainik colonies, composite towns and an end to discrimination with Kashmiris in developmental and other issues,” the statement read.

He said, “Why should Kashmiris believe Mehbooba’s clarification if its alliance partner BJP is coming day in and day out in support of these so called sainik colonies. The logic that the colonies are meant for local retired army personal cannot be accepted as once they retire from their services they must reside at places of their choice or native places, the same way jawans and officers of J&K police and other government officials have been doing.”

“We will never allow Kashmir to become another Palestine.”

Er Rasheed alleged that CM Mehbooba Mufti is leaving no stone unturned to speak for the agenda of “Hindutva” which she unfortunately calls agenda of alliance and thus “misleads people”.

Coming down heavily on NC Er Rasheed accused it of selling its conscience and everything even decades before PDP’s birth.

He accused that the coalition government is busy in “implementing its anti-Muslim agenda”.