SRINAGAR: Kashmir’s top skier, Arif Khan has qualified for Giant Slalom for the winter Olympics being held in Beijing. Earlier he had qualified for the Slalom event. 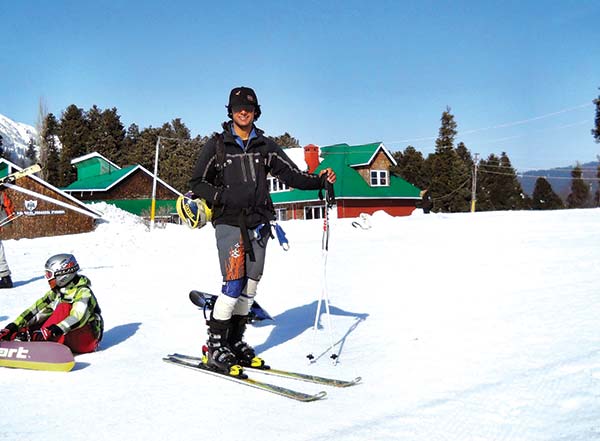 “Feeling excited to have qualified Giant Slalom event for the Winter Olympics 2022,” Khan broke the news on social media. “It will historic for India, to have an athlete competing in two events for the first time.”

Khan moved from Italy to Balkans early this month. The event in which he qualified for the second Olympic event has taken place at Kolasin Montenegro, a tiny country between Kosovo, Serbia, Croatia and Albania.

With the second qualification for the second event in a row, Khan has emerged as the only athlete from India who will be participating in two Olympic events. The winter Olympics are scheduled for February in Beijing.

A smart skier who has literally mapped every curve of the Gulmarg slopes has earlier participated in South Asian Games, Asian Games and World Ski Championships. He plays golf and is into cycling as well. He is from Hajibal village in Tangmarg and has already represented India in various championships in past. He secured his place in the top competition in the qualifying skiing event in Dubai in November. He later moved to Europe for practice and in one competition he was qualified for the second Olympic event.