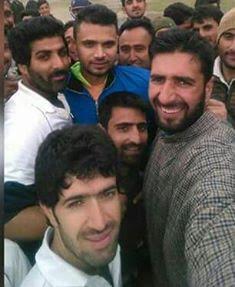 Bangladesh cricket team player is in Kashmir these days.

On Sunday, Bangladesh bowler-cum-captain, Mashrafe Mortaza, was in Sonamarg.

On his way back to summer capital, after he stayed at the health resort, he saw some youths playing cricket at Kangan near Kullan.

Witnesses said Mortaza stooped the vehicle he was travelling in and met the players.

“The players were happy and Mortaza gave them some tips about the game,” one of the witnesses said. “He also bowled some overs at the occasion.”

The youth asked him about Bangladesh’s loss to Indian cricket team in the recently concluded T20 World Cup. The Bangladeshi skipper was asked the reason behind their “dramatic loss”. “Loss is a part of game and we never wanted to lose that match,” he told them.

“We were very much upset with that defeat,” he said, “none of (Bangladeshi cricket players had had dinner that evening.”