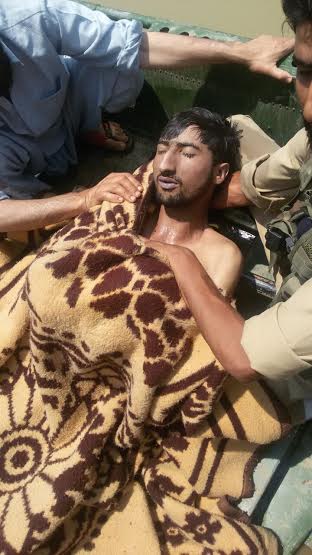 Police and Army after their hard efforts fished out the body of the boy from Kadagam Dam, Sunday afternoon.

The 17 old boy Sameer Ahmad Teli son of Ghulam Qadir resident of Dagapora had drown in Kadagam Dam while taking a bath, Saturday afternoon. “After receiving this information, Shopian Police along with the Marine Commandos (MARCOS) immediately reached the spot and started the search. The body of the drowned boy was fished out today after the hard efforts of the joint team,” a police statement informed this afternoon.

The statement also informed that a woman in Srigufwara area of Islamabad district has attempted suicide by setting herself ablaze last evening.

“In an attempt to end her life, a 40 old woman( name withheld) and resident of Srigufwara, Islamabad  sprinkling Kerosene oil  on her body and set herself ablaze at her home.  She was immediately shifted to SMHS Hospital Srinagar for treatment,” the statement said.

Two persons were injured in two separate road accidents in Ganderbal and Shopian.

In Ganderbal, an Auto bearing registration number 7853-JK01W hit and injured a pedestrian Sarwa resident of Arch at Arch. She has been shifted to the SKIMS Soura for treatment.

Fire broke out in the residential house of Ghulam Ahmad Kinoo son of Ghulam Mohammad resident of Bandat Chicha M.R Gunj, resulting in partial damage to the house. Fire was brought under control with the help of fire tenders and police.

The statement further said that an unidentified male body was recovered in Basgo area of Leh District Saturday evening.

“Some locals informed Leh Police that a body is laying on the Indus riverbank near Basgo village. The police party immediately rushed to the spot and recovered the body,” it said.

“The body of deceased is laying in mortuary room of SNM Hospital Leh for identification. Lah police has started the investigation under section 174 CrPC to ascertain his identity and the cause of the death.”