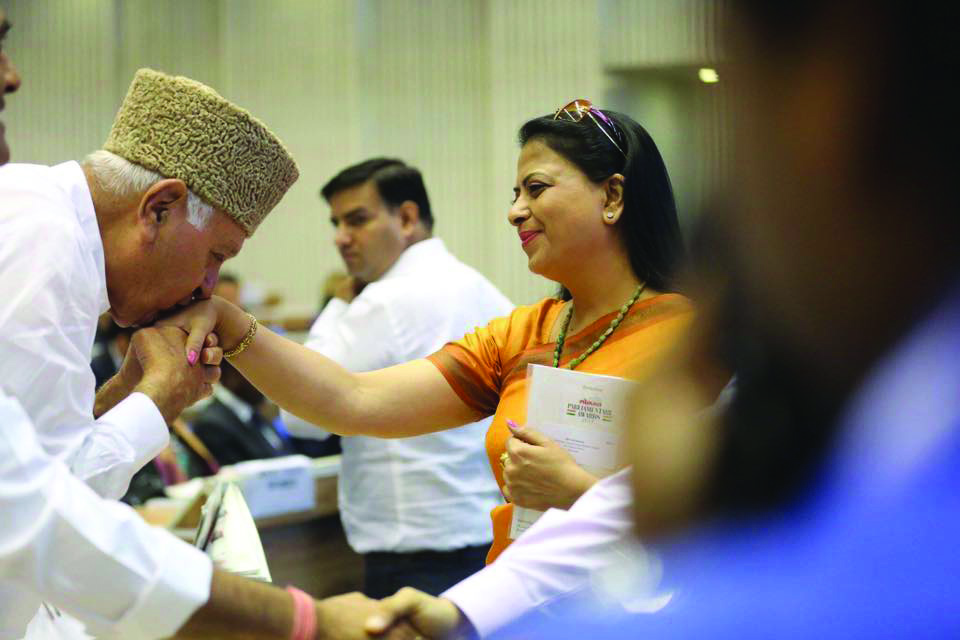 After securing the bloody April 9, by poll, that witnessed historic boycott, for Srinagar parliamentary seat, Dr Farooq on July 17, took oath as MP. It was quite a scene when he took oath of office in Kashmiri. Turing 80 this year, Abdullah came in news as he advocated talks over Kashmir with mediation of third-party, while leaving from parliament on Day 1. But it was not his Kashmiri oath but a rare click that made his Delhi visit famous. He was seen kissing the hand of a lady. 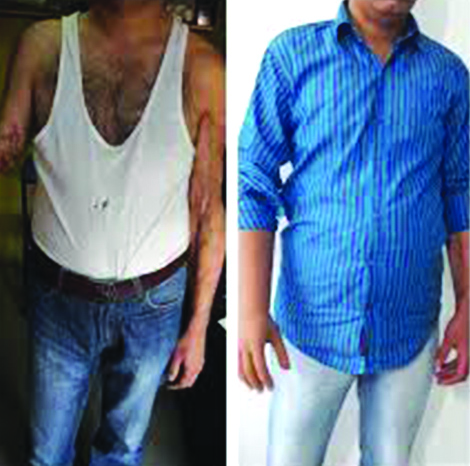 It was a blissful moment for a PDD electrician when Kashmir American Humane Society (KAHS), a California based NGO of Kashmiri expats, donated funds to help him get a prosthetic limb, he had lost during work. This was in response to a news item.

Mohamamd Yasin Reshi had met the electrocution accident while working on a high-tension transmission wire in Abi Guzar. Reshi was evaluated and casted for a prosthetic arm at Shafaqat Rehabilitation Center (Voluntary Medicare Society) in Bemina. But why did not PDD chip in?

India is engaged in two wars right now: verbal war on Sino Indian front and literal fire exchange on Indo-Pak border. The latter is at Kashmir cost as many people lost their lives on either side of the LoC in Rajouri. A Tral villager Mudasir Ahmad, a soldier, was killed at Rajouri border. Pakistan too lost civilians and soldiers due to shelling. The tensions at the de-facto control line have turned now a regular affair for the rival armies. The Pir Panchal valley witnessed huge evacuations from LoC. 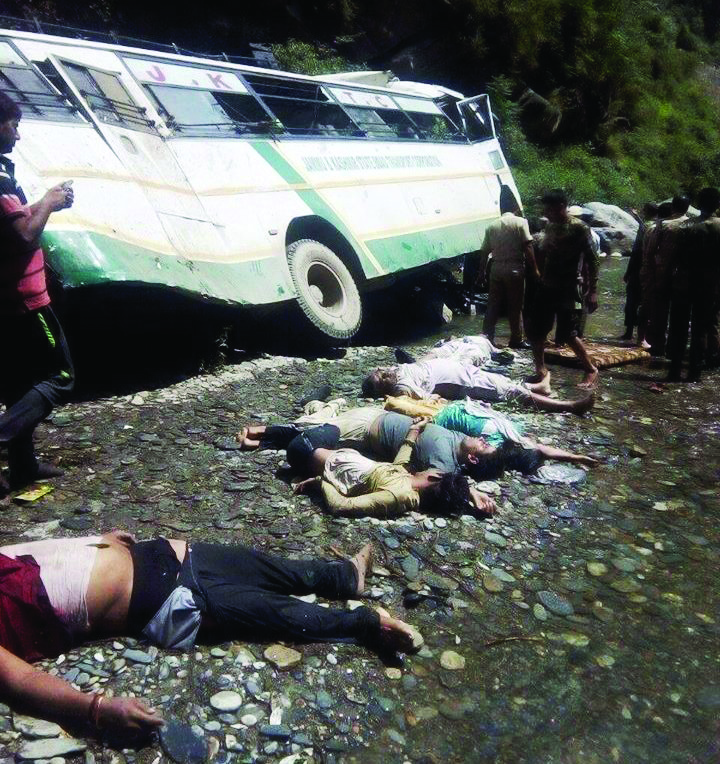 Roads took over where militants left. Within a few days after the Butengoo killings, 17 pilgrims were killed and 27 injured when state’s owned transport corporation bus plunged into deep gorge near Banihal.  The tragedy witnessed massive intervention bythe society in rescue and relief. Governor N N Vohra was impressed by the civilian involvement that he announced a cash reward for a local NGO.

Tragedy literally fell from sky in this dusky town when six persons including four of a family were killed and 11 others injured after flashfloods were triggered by a cloudburst. Six houses, two shops and a school were washed away. The slain included five women. The causalities could have been higher had the rescue operations been delayed by few more minutes. In past one month South Kashmir regions have also witnessed a series of cloud bursts.

Virtual checking has gone deep into the mobile sets now. It has already created a crisis. In Beerwa, soldiers have stopped a young boy and were beating him after they checking his cell phone. Another boy went closer to ask them why werethey beating him. In response came a bullet that pierced into his head. Tanweer Wani was a tailor. It triggered a serious disruption as thousands of people came for his funeral prayers.