Mriganka Singh, the passionate polo-playing daughter of Karan Singh’s son Vikramaditya Singh is getting married to Nirvan Singh, Captain Amarinder Singh’s grandson. The engagement took place in Delhi which was attended by Chief Ministers of Himachal and Rajathan Virbhadra Singh and Vasundhara Raje. With a degree in design communication from Singapore, the ‘princess’ uses her skill to not just frame her creative sensibilities but also teaches graphic design to children with special needs associated with her mother’s NGO, the Delhi Society for the Welfare of Special Children. Sporty, with a love of the outdoors, Mriganka shares the royal ardour for horses and riding, adding motorcycles to the mix. She has already endorsed a jewelry brand.

Mehbooba Mufti’s takeover as the ruler of J&K has led Kashmiri American author Rakesh K Kaul to pen a history thriller The Last Queen of Kashmir that though revolves round Kota Rani, links the past with contemporary Kashmir. Kota, the last queen of Kashmir, and Mufti are separated by a time period of 700 years but Koul sees striking similarities. Like Kota, Koul sees, Ms Mufti engaging with “enemies” (read BJP) to secure Kashmir interests. Using Kota as protagonist of his novel, Kaul has recently written that it would start with Kota thanking Chancellor Merkel for returning the Tengapura Durga stolen from Pulwama after 25 years and end with suggesting Mehbooba to read her story. “She would observe that Mehbooba has two daughters while she herself had two sons,” Kaul, who lives in US since 1972 wrote. “Mother to mother, queen to queen, she would say to Mehbooba, read my story and be the better armed by it. Woman to woman, she would suggest that being an Angaraka is not punishment but divine protection.”

It is no secret now that a section of NIT Srinagar students who did not want to sit in examinations triggered an issue using tricolor to rouse emotions. Apparently stocked by right-wingers, they tried to even shame the institutions within the state. The government did not panic, avoided loud-thinking and resisted the pressures from Delhi. Now most of these non-local students are home. But there were two instances that made the “crisis” interesting: two non-local supporters reaching NIT gate for unfurling the tricolor and getting shocking when somebody snatches it and flees. The other was at airport where actor Anupam Kher landed with Ashok Pandit. As cops prevented them from moving out, Kher pulled a tricolor from his pocket, spread it within his arms for Pandit who clicked the ‘event’, folded it back and pushed it into his pant pocket. A top police officer said he wanted to arrest the man for disrespecting the tricolor but he did not want to trigger another crisis. 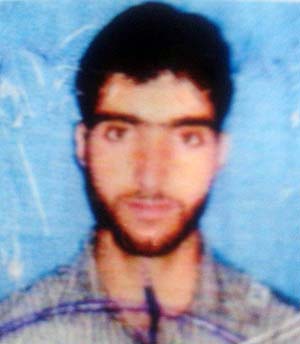 Sweet surprises come from even worst situations. Last week when 6.8 magnitude tremors sent people fleeing from their homes, it helped a journalism student communicate. Arif Badoo had lost his speech when he fell unconscious on February 21, 2016. He was being treated for epilepsy for many years. Frightened by the tremors last week, when his mother, knowing his fear of the earthquake, escorted him out, he spoke. Since then, the boy who would communicate by writing has ringed up his classmate to tell them that he is back as a verbal communicator.

When the news about Kupwara shawl seller Maqsood Ahmad Shah’s murder in Jhalander broke, it shocked the vale. His body was driven home for burial after autopsy was conducted within minutes after it was recovered from a nulla. He was strangulated with telephone wire and his forehead and nose were battered. A resident of Dardpora, he was living on rent in Malsian village and selling shawls. Soon, Punjab police broke the story after arresting three persons – Abdul Rashid Khawaja (Thandipora Muqam), Manjeet Singh (Nakodar) and Amandeep Singh alias (Shahkot). While the three are behind bars, Punjab Police is Kupwara bound to make more arrests.

People who know the scale of hate would not believe it. But the fact is that the clerics representing Imam Khomeini Memorial Trust (IKMT) and Islamia School Kargil (ISK) have signed an agreement. Iran brokered the deal and it took place in Iranian Culture House in Delhi. With two peacemakers from Iran, the two institutions were represented by five people each. Now a three-member penal from each side would sit and frame an advisory committee that will resolve all disputes. The division by the clergy has cost the Shia dominated Kargil district a lot over the decades.

A study by SKUAST’s Veterinary Sciences and Animal Husbandry department found 358 of 1455 (24.6 per cent) of the slaughtered sheep were infected with Cysticercus Tenuicollis, a tapeworm found in dogs.