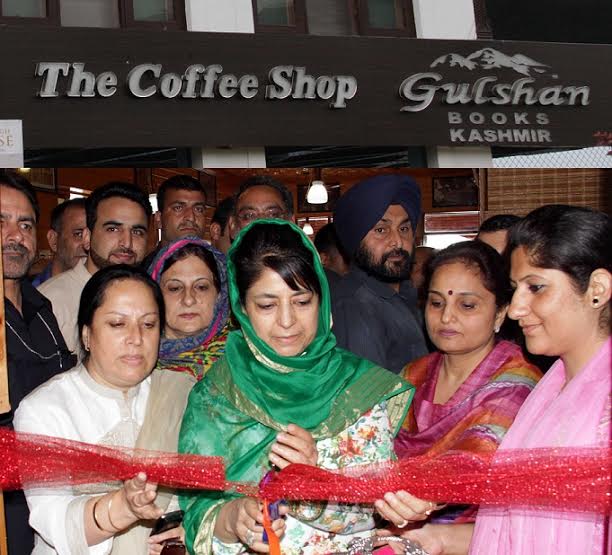 She said travel industry is the backbone of the state’s economy and its revival is one of the priorities of the government, given the difficult times it has been through.

The Chief Minister was speaking after inaugurating a Bookstore-cum-Coffee Cafe at Nehru Park this afternoon, an official spokesperson said this evening.

Stating that Kashmir’s enchanting beauty has mesmerised travellers for centuries together, the Chief Minister said sustained peace will help inflow of tourists on a much larger scale. “Mufti Saab dreamt of making Kashmir world’s number one tourist destination. He travelled to many states and sought support of tourism stakeholders to restore its original glory,” she added.

Referring to the setback received by tourism sector due to decades of turmoil, Mehbooba Mufti said the government is primarily focusing on travel industry as its revival has the potential to provide instant relief to the people.  “The State’s travel industry cannot grow in isolation and its growth lies in its assimilation with the economies of the areas where tourism potential exists,” she added.

Earlier after inaugurating the premises, the Chief Minister hoped that the facility will be utilized by the visitors who throng the place in large numbers. She was also impressed by the wide variety of books on offer in the store.