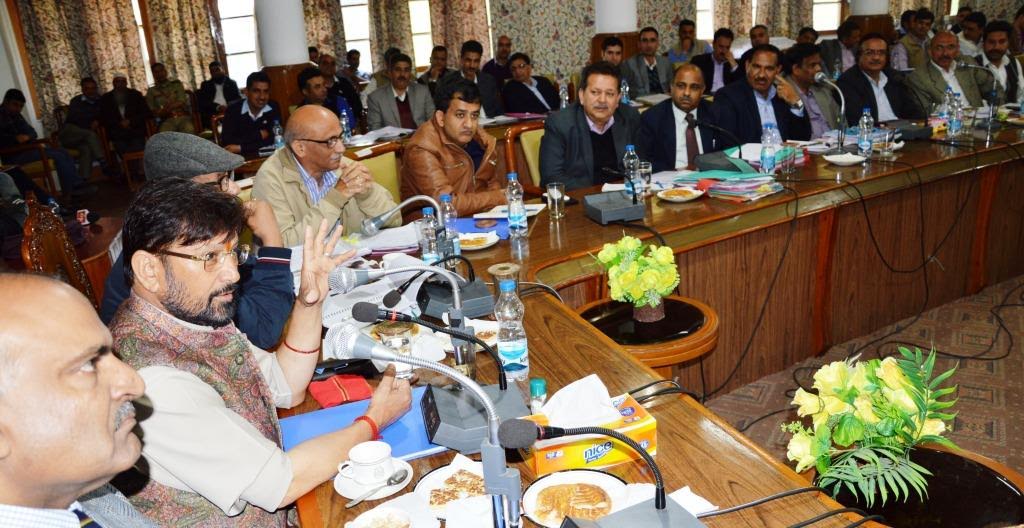 Minister for Forests, Ecology and Environment Choudhary Lal Singh Thursday ordered for the demarcation of forest land in Kashmir region, asking officials to devote to preserve the green gold.

Chairing the maiden high level review meeting of the Kashmir region, Singh said that forests should be preserved and officials should mobilise people for its preservation, an official spokesperson said this evening.

He said our State has a unique identity because of our forests and if we fail to preserve them we would be doing disservice to our homeland.

He said as digitisation process of Revenue records has started, it is high time that we demarcate the forest land which would help us to know how much land has been encroached and how much is to be retrieved.

Calling for a comprehensive plan to develop adequate number of green pastures across the State to meet grazing requirements of the cattle population in the State, Lal Singh stressed for developing barren lands, preferably near populated localities, for producing fodder based plants and special species of grasses suiting the climate.

He also directed for developing mother nurseries for producing fodder based species of grasses and trees to enhance fodder production in the State.

The Minister also said that the government was working on a comprehensive plan for re-structuring the functioning of the FPF and SFRI departments.

He chaired a series of meeting with the heads of Soil and Water Conservation Department in Srinagar, in which the Minister said that the department has been tasked with a very important role to conserve the natural resources which are directly connected with the life of human beings and other living creatures.

He stressed need for coordinated efforts with the involvement of various stakeholders to minimize loss to the natural resources.