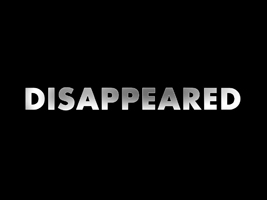 The family of the missing youth of Sumbal Sonawari Monday staged protest against police department for allegedly failing to trace their son who is missing for a week.

The protesters, including several women, assembled at Srinagar’s press enclave carrying photos of Riyaz Ahmad Beigh who got missing and were demanding probe into his case. They were raising slogans like “we want justice”.

The family said that soon after their son went missing, they lodged First Information Report (FIR) in the concerned police station. “Police officials assured that they will help to trace him in no time but unfortunately despite passing four days, they are yet to trace him,” they said.

“We are concerned about his safety. Three days have passed since he went missing while on a business trip to Srinagar,” family sources said.

“Riyaz is running a shop and working as a main distributor for a cellular company in Sumbal. He is also General Secretary of a local trade union,” they said.

Meanwhile, Sumbal observed a complete shutdown against the disappearance of the youth and witnessed a sit-in protest outside the local police station as well.

All shops and business establishments remained closed in the area, 24 kms from here, in response to the strike call given by a local trade union, officials said. (KNS)