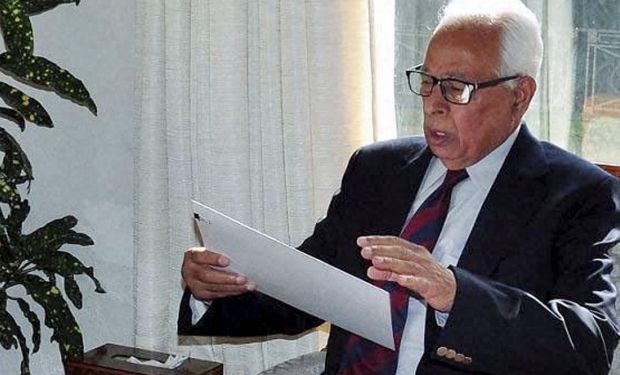 Besides reviewing the internal security situation in the state the Governor also discussed several important matters including increase in the honorarium of SPOs; cases pending under SRO-43 in respect of police personnel killed in operations; recruitment schedules for the recently sanctioned IR Battalions; vacation of lands by the Army, notification of field firing ranges etc.

The Governor, who has recently addressed the Union Defence Minister regarding enhancement in the rental compensation for lands under Army’s occupation, would be shortly reviewing the return of certain pockets of lands presently held by the Army, as agreed to in the Army-Civil Co-ordination Committee.