AIP chief, who represents Langate constituency in state legislature, Er Rasheed, was taken into custody along with about two dozen party supporters.

Rasheed had announced to hold a peaceful march to CM’s residence in Srinagar today to protest against the Mehbooba Mufti led government who he alleged failed to stop army from civilian killings in Kupwara and Handwara and to condemn the “silence” of Union Government over innocent killings in Handwara.

Rasheed, along with almost two dozen supporters was detained by police near Kashmir Nursing Home at Gupkar when he was on his marching towards CM’s residence. 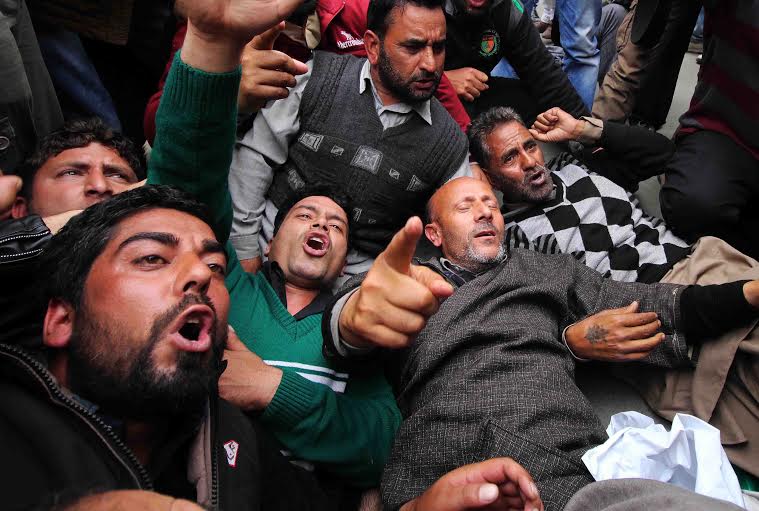 The protestors also carried banners with photographs and protest images of Mehbooba Mufti, when she was in opposition in J&K.