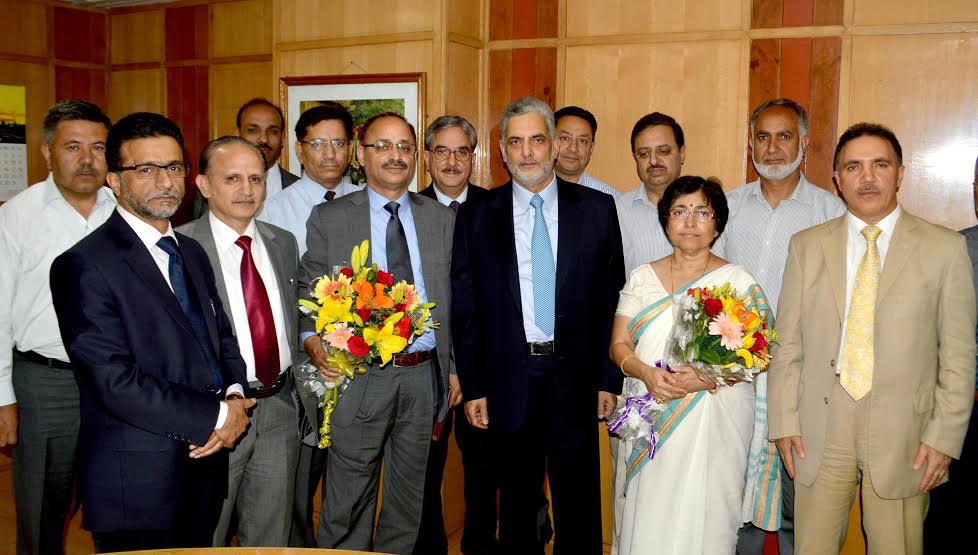 J&K Bank Wednesday gave a warm send off to its Senior Presidents Roop Krishan Shah and Meera Jamwal, who attained superannuation on June 30.

“Throughout their service career that spanned around three decades, they played an important role in different capacities and headed some of the critical departments in the bank,” a company statement said this evening.

Speaking on the occasion Chairman & CEO Mushtaq Ahmad said, “J&K Bank is by all means the state’s flagship company and it is the contribution of officers like R K Shah, Meera Jamwal and others that has guided this organisation towards the excellence in business and other areas.”

“Now the young leadership of the bank need to build over the legacy and achieve higher goals in future”, he added.

Thanking the bank and his career-long colleagues R K Shah said, “This organisation has given me much more than I could contribute. I have received love and respect here, for which I thank all my colleagues wholeheartedly who worked with me to make these years cherish-able for the rest of my life.”

Meera Jamwal was also all praise for her colleagues who according to her supported her during all these decades in the bank.