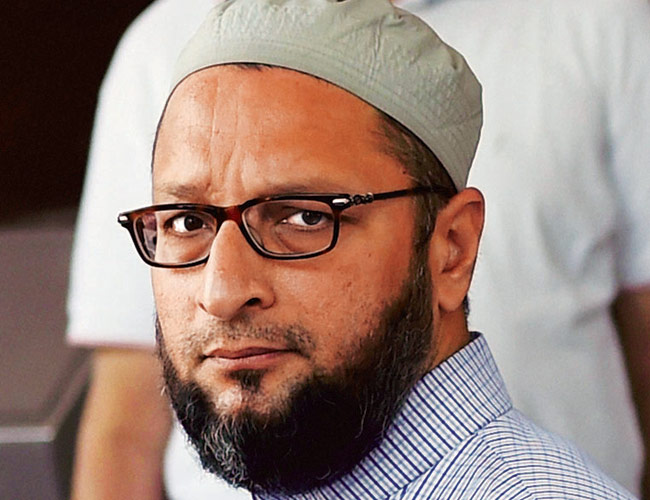 President All India Majlis-e-Ittehadul Muslimeen Asaduddin Owaisi Friday said that he will raise the innocent killings of Kashmiri youth in Indian Parliament.

“I am telling India to stop killing innocent people in Kashmir. If unabated killings continue, we are sure that 2010 like situation will emerge in Kashmir Valley. Killings of unarmed protesters are unwarranted and uncalled for and I will raise this issue in Indian Parliament once it will be in session,” Owaisi told Srinagar based news gathering agency. He appealed Mehbooba Mufti led government to take serious cognizance of these killings.

Castigating State Government for detaining minor girl of Handwara and her relatives, Owaisi demanded their immediate release and said that such an act on part of state government has become central subject for discussion across globe and even Human Rights organizations are condemning it. “How can you detain a minor girl? If the government claims the video of the girl (absolving Army from molestation bid) that has gone viral is authentic then how come it has detained the girl and her family members. I demand immediate release of that minor girl. A thorough and impartial probe should be ordered to ascertain the truth,” Asaduddin Owaisi said.