Despite being the famous tourist destination, Bhaderwah continues to face the official neglect in terms of infrastructure development causing severe inconvenience to the locals, hoteliers and tourists visiting the spot.

Roads, sanitation, health care and electricity remains in a messy state with locals and people associated with the tourism industry crying hoarse for attention of the concerned authorities. All the roads leading to the tourist destinations which include Padri and Jai valley are dotted with big potholes.

“People have to face a lot of inconvenience due to dilapidated roads. The sanitation at the scenic resort is also out of gear with garbage, filth and horse shit could be seen lying scattered everywhere around. Health care too is in a messy state with only health centre remaining devoid of all the basic facilities causing inconvenience to the locals,” a senior resident told Kashmir Life. 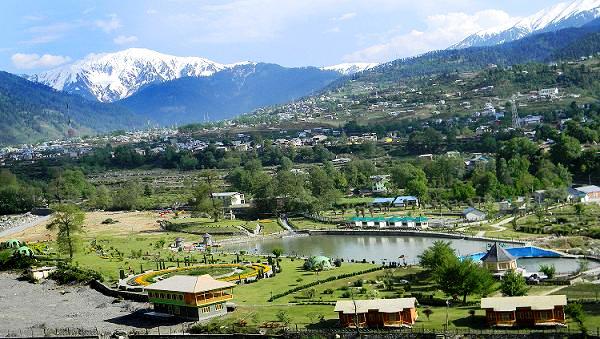 Saleem Sambari Beopar Mandar president discredits the claims of the authorities about the infrastructure development at the tourist place.

“We several times approached the state government and local authorities which included R&B for repair of at least the link roads of tourist destinations and every time they promised but later detracted,” he said.

“Most of the drivers do not run their vehicles on this roads because of its bad condition due to which employees, patients, women and others face hardships,” Mohd Ashraf Goni a social activist said, “It has developed several cracks and water from drains and other streams are running on the road at many places.”