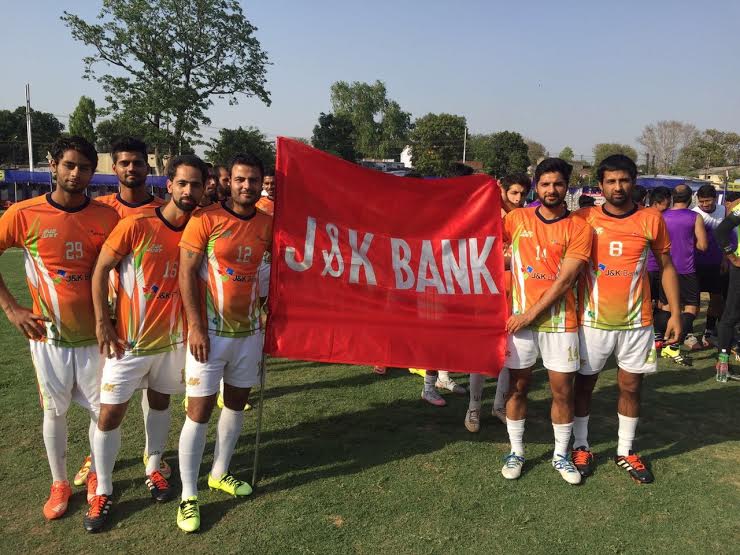 While the match started at a slow pace due to hot and humid weather as the players were trying to conserve their energy, Adnan Ayub of J&K Bank in the 11th minute got a fine through pass from the left winger deceiving the RBI defenders which he converted into a splendid goal giving his team the lead. In the 35th minute RBI team made a good move; their striker entering  into the penalty area and scoring a superb goal thus equalizing the score, a company statement said Wednesday evening.

In the 2nd half J&K Bank skipper Rohit Kumar was tripped from behind by RBI defenders in the penalty area which lead to referee awarding penalty in favour of J&K Bank. Mohammad Uneeb scored the 2nd goal by converting the penalty putting his team upfront. In the 75th minute of the game, light was so dim that players could not play and referees had to stop the match and decided to play the remaining 15 minutes of play next morning.

Next morning the RBI players tried their level best for equaliser, but were denied by the J&K Bank defenders especially Waseem Feroz, who was later on declared man of the match due to his outstanding performance.

With this win J&K Bank grabbed all 3 points from the match and will now clash with ONGC Mumbai on 15th April in the next group match.

Thirteen teams are participating in this tournament which are divided into four groups. ONGC, Air India, State Bank of Travancore, BSNL, FCI, RBI, Oil India are the main contenders of the tournament.