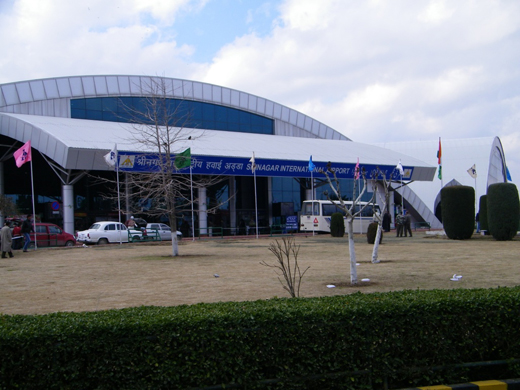 The Bureau of Civil Aviation Security (BCAS) Wednesday ordered an inquiry to learn how Chief Security Officer of Airports Authority of India (AAI) travelled from Srinagar to New Delhi on a subordinate official’s boarding card.

Different security and intelligence agencies on monitoring and surveillance at India’s most sensitive airport have reported to their respective headquarters that on April 1st, 2016, AAI’s CSO Tilak Raj Guglani boarded Indigo flight 6E 436, minutes before its departure at 1400 hours and travelled to New Delhi on the boarding pass of his junior official Vimal Kumar.

It has been pointed out that this kind of travelling is not only criminal in nature but also a serious security breach.

Reports said that BCAS has ordered an inquiry by Amritsar-based Deputy Commissioner Ashitosh Vasist. Vasist travelled to Srinagar and had a series of interactions with different officials of various agencies, besides the Indigo staff. However, he is understood not to have submitted his report to BCAS in the last seven weeks.

The reports said that some officials privy to the development insisted that efforts were afoot to hush up the matter even as four employees of Indigo Airlines had been briefly removed from duty and placed under suspension. Sources identified the officials suspended as Assistant Manager Mohammad Nadeem, Farhat, Syed Asif and Mudassar who were reportedly on duty beside the aircraft and had stamped Tilak Raj’s boarding card, drawn in the name of Vimal Kumar, even after noticing that it did not have the signatures of the anti-hijacking officials on duty.

“It’s an extremely serious lapse that can warrant cancellation of the private airline’s license to operate at this sensitive airport. Anti-hijacking staff (a component of Security Wing of Jammu and Kashmir Police) got suspicious of the unusual conversation between Tilak Raj and Indigo staff at the boarding point.

When it became clear to them that AAI’s CSO had boarded the aircraft on a different official’s boarding card, they tried to stop it but the plane had started movement for departure at the tarmac. The AHJ staff immediately brought it to the notice of SSP Anti-hijacking Manzoor Ahmad Dalal, who, in turn, alerted his senior officials.