To fight stone-pelters in Kashmir valley a ‘public army has been formed in Kanpur, reports said.

As per a Hindustan Times report: “A public army has been formed to fight stone-throwers and elements attacking jawans of Indian army and para-military forces in strife torn Kashmir valley .”

This army has been formed by Head priest of the Siddhnath temple, Kanpur, Balyogi Arun Puri Chaitanya Maharaj. 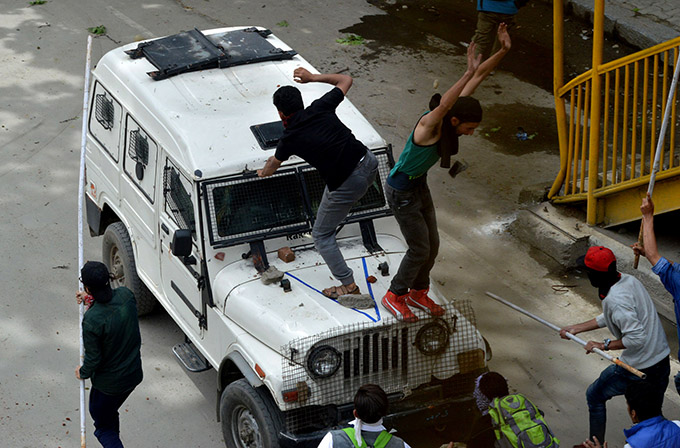 The priest has said that ‘13,000 people had registered themselves and are ready to give a befitting reply to the stone throwers.’

“I appeal to Prime Minister Narendra Modi to permit the Sena to go to Kashmir and teach the separatist forces there a lesson,” he said, as per the HT report.

The report said that, he is meeting the saints in and around Kanpur with his plan for the valley. He held a meeting of saints in Jajmau in which he divulged that 100 youths of each civic ward have enrolled for Jan Sena in Kanpur.