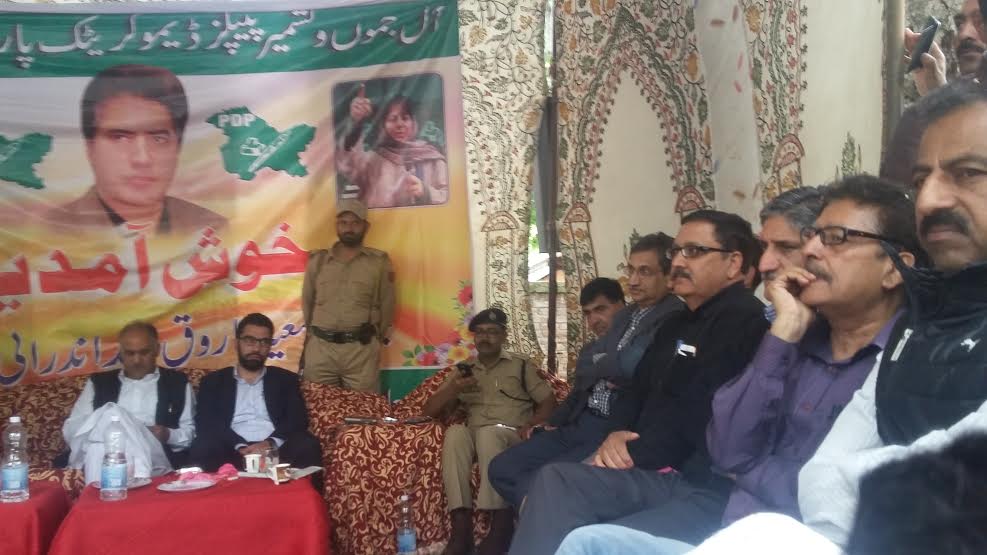 Top officials of the state on Tuesday were asked to stay onstage and attend a unionist party rally in Dooru Islamabad.

After the meeting was over, the minister left for his constituency and addressed a party rally.

However, besides being this party rally, maximum of the officials who were present in the official meeting were asked to join.

Chief Engineer, Irrigation Flood Control, Chief Engineer PHE, Director Local Bodies, Deputy Commissioner Islamabad and Chief Educational Officer Islamabad were even asked to sit on the stage, where from PDP members and the Minister were addressing the workers of Party.

Moreover, SEs of PDD, R&B and other District officers, including their personnel Staff had to attend the rally.

“We work for government and we can have only official contact with minister. This is utter violation of law and insult to all the officials that we were asked to sit in the political rally at the time when our offices needed us,” said an official present in the rally, wishing to be anonymous.

This was first rally of Andrabi in his constituency after he took oath of office as MoS.

Disgusted with this approach of minister another official said, “on the stage when he was praising former Chief Minister and justifying the alliance with BJP to his party Workers, our top officials were asked to stay static, wasting their precious time of work.”

In the rally, officers were also introduced to the assembled party workers one by one and officers stood up and raised their hands towards the PDP workers.

On the side lines of the rally while talking to the reporters, Andrabi, justified presence of officers and said, “they are here to address the problems of people and that is our only intention.” When asked that the public comprised of PDP workers only, minister left the spot without even uttering a word.