Deployment of forces and security arrangements made for Amarnath Yatra 2016 were reviewed at a high level meeting   at Police Headquarters (PHQ) on Friday with Director General of Police (DGP), K Rjendra Kumar in chair.

Detailed discussions were held with regard to the police bandobast for yatra in Jammu Division. Officers representing different security agencies gave detailed power point presentations about the deployment of manpower along the route from Lakhanpur to Jawahar Tunnel and the places of stay of pilgrims in the region.

Rajendra asked officers to identify the sensitive places and strengthen the security grid after making joint efforts. He said that joint patrolling should be carried out round the clock in these areas and also on National Highway should be kept under continuous surveillance to foil any attempt of disruption by the miscreants. All busy places including langars should be brought under security cover and intelligence gathering accelerated, and shared for making preventive measures. CCTV cameras should be utilized to get footage of busiest places. Round the clock functioning of joint control rooms and supervision of arrangements by the senior officers was also stressed by the DGP.

Police help lines are being established at different places for the convenience of the pilgrims. Rajindra stressed upon the officers to make it mandatory that the common masses do not face any inconvenience during their day-to-day activities.

DGP asked for smooth regulations of traffic on National Highway, cities and other routes of the province so that commuters, particularly the business establishments and students do not suffer due to traffic jams.

Rajendra also asked to strengthen the communication network and maintain liaison about the arrival and departure of pilgrims. Duty magistrates and the civil administration should be provided full cooperation in the performance their duties.

Meanwhile, S. K. Gupta Friday visited the Yatra base Camp, Nunwan and took stock of the arrangements put in place for upcoming Yatra. The camp Director reviewed the arrangements being made in the camp premises with regard to drinking water, power supply, medicare, telephone connectivity, transport, sanitation besides supply of essential foods items, kerosene and LPG. He asked the officers of Fire and Emergency department to regularly monitor the situation to avoid any kind of mishap during Yatra. He asked he asked the concerned for making adequate arrangements at the base camp.

Calling for close coordination among various agencies involved in the management of the annual Yatra, he directed the concerned officers to have regular meeting with the stakeholders to ensure immediate solution of problems. He asked the officers to deploy their staff at the designated places along the cave route so that all the arrangements are put in place well in time. 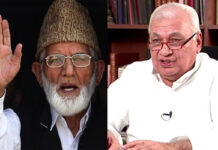 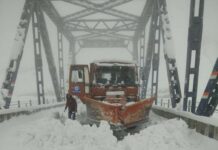 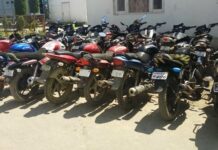