National Conference Wednesday reiterated its resolve of opposing any move aimed at weakening the special status of J&K.

In a statement the party’s valley president said, “With respect to the August 17th hearing on Article 35 (A) in Supreme Court, people of J&K want to know what is the response of Mufti led government on it and what is their legal plan of action apart from ceremonial newspaper statements?”

The NC Provincial President has posed this question in response to Deputy CM Nirmal Singh’s statement wherein he has clearly maintained that BJP will continue to fight for revocation of Article 370. “Defending Article 370 sheepishly in newspapers is one thing but defending it in the Hon’ble Supreme Court is another thing. Till now the State Government has shown a complete lack of seriousness and that is problematic and dangerous for the interests of the State,” the statement quoting NC Kashmir president said.

“Let me remind both PDP and BJP that any infringement on Article 370 will not be tolerated. NC has and will always fight for upholding Article 370 which acts as a connecting bridge between J&K and the Union of India and was incorporated in the constitution of India by the tallest leaders of India,” he said adding, “Article 370 is irrevocable and those thinking of weakening it by challenging Article 35A in Supreme Court are day dreaming.”

Meanwhile National Conference expressed heartfelt condolences with the family of a civilian killed in a gunfight in Pulwama yesterday. “NC is deeply saddened by this loss. We have been saying this from day one that the PDP-BJP alliance will be detrimental to the development of the state. The present situation in South Kashmir is a testimony to that.”

The statement further said that National Conference Working President and former CM Omar Abdullah expressed profound grief and sorrow over the death of eleven travellers in a tragic accident at Sadhna Top in Kupwara District in North Kashmir on Tuesday.

“The State Government as well as the Central Government should explore all possible solutions to prevent such accidents,” Omar added. 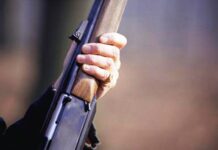