Baisakhi was Wednesday celebrated as the Sikh New Year and the founding of the Khalsa Panth with religious fervour and gaiety in Kashmir valley.

Kashmir was closed in protest against the Handwara killings. But to ensure that it does not impact the festival of the minority, separatists had exempted Sikhs from the day long strike. Even the government made it clear late last night that the restrictions being imposed in most of the city will not obstruct Baisakhi celebrations.

The Sikh community of Kashmir celebrated Baisakhi with joy and religious fervour Wednesday to observe the 311th year of the foundation of Khalsa Panth by 10th Sikh Guru, Guru Gobind Singh. 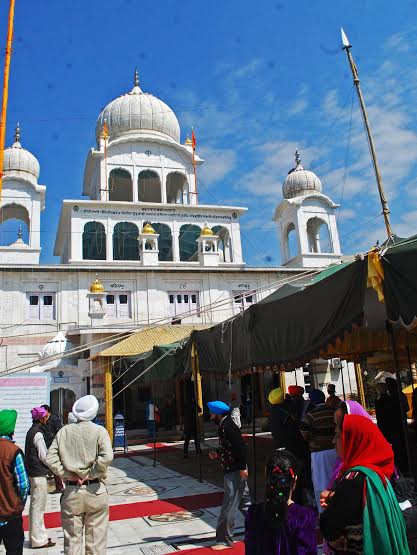 The day was marked by Bajan Keertans at all Gurudwaras across Kashmir. The biggest functions were held at Chatti Pathshahi in Rainawari. Although Baisakhi festival is celebrated in various other northern states for a good harvest of Rabi crop, the Sikh community here attaches religious connotations to the festival.

Though generally it is believed that the festival is associated with the harvest in Indian plains, the orthodox Sikhs say the festival is celebrated to remember Guru Gobind Singh’s baptizing of Panj Pyare in 1699. Besides, the same day foundations of Khalsa Panth were laid and wearing of Panj kakars became significant.

Apart from paying obeisance at Gurudwaras, Sikhs pay visit to their friends and relatives for greetings. The Sikh dominated areas like Rainawari, Jawahar Nagar wore a festive look.

Since Mughal Gardens situated on the banks of Dal Lake had been already opened to public due to early bloom, people from all faiths thronged the gardens. Heavy rush was seen at Nishat, Shalimar and other gardens where, cutting across religious lines, people could be seen dancing, singing and beating drums.