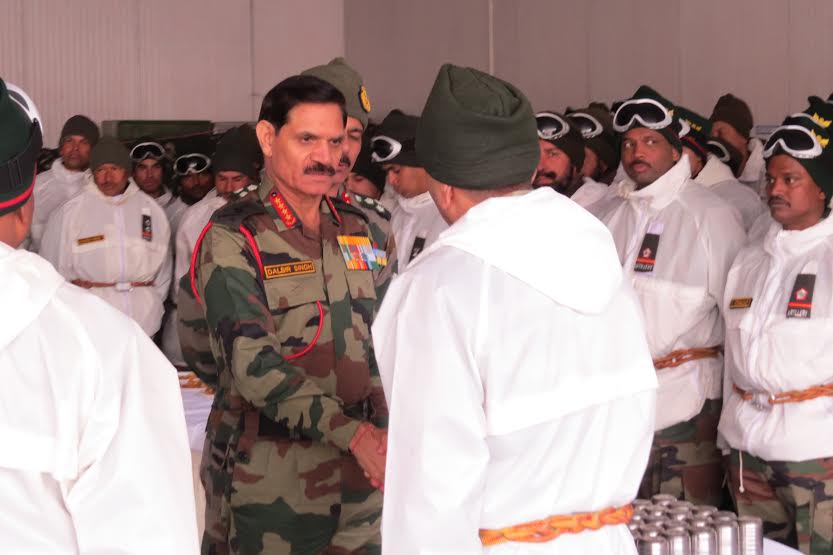 The Army Chief visited the sites where army men lost their life at Siachen in the recent avalanches, Srinagar based defence spokesperson said this afternoon.

“He interacted with the army men serving at Siachen and commended them for their outstanding work in the difficult conditions at Siachen,” the spokesperson said. “He exhorted them to be careful to the avalanche threats.”

The Army Chief separately met the porters who work tirelessly to maintain the posts at those difficult conditions in Siachen.