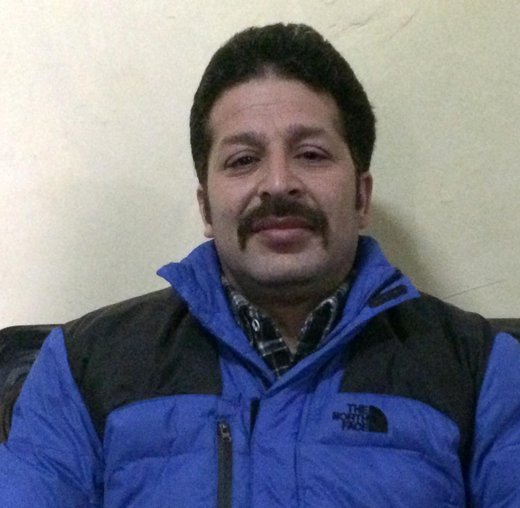 Kashmir Life: Pakistan administered Kashmir (PaK) government has accused India of “conspiring” to wind up intra Kashmir trade. What do you think since you are the general secretary of cross LoC traders association?

Hilal Ahmad Turkey: India and Pakistan are accusing each of conspiracy. I think only they can say what political motive was behind it.

As far as this incident of January 17 is concerned which happened at trade facilitation center Uri, the truck from which 114 packets of brown sugar were recovered during general checking, we don’t know who sent them, who is actually behind this episode and what really was the aim of this incident.

But as far as the consignment is concerned, it has come and it was caught inside the trade center. As a trader and as an eyewitness, yes brown sugar was found from the truck of almonds.

KL: Your fellow trader, for whom the consignment was, what was his take on the issue?

HAT: The concerned trader was present at the trade center at that time and police booked him there only. The trader said on spot that the consignment was not for him but was for another person who has used his invoice.

As per police reports another trader was also booked. Whatever information we have is from police. As the matter is under investigation we couldn’t meet the trader.

KL: How many people have been actually arrested and facing the charge in this particular case?

HAT: According to police, the destination of consignment containing brown sugar was not Kashmir. It was meant for some other place. Our trader was used in this episode.

This consignment was worth of Rs 114 crores and as the general secretary of my association I know this particular trader could have never afforded this consignment.

Two traders, one local driver and another driver from Pakistan Administered Kashmir (PAK) are presently under police custody.

As per our sources some police party has also went out of state for further investigation, we are not aware if they have made any further arrests.

On the very first day we came to know that the consignment was not for our state, which brought relief to us.

We as the civil society condemn this incident as it’s a shameful act.

KL: Did you meet the driver from PAK, who was arrested in the case? What does he say about the drugs that were found in his truck?

HAT: As per our information and the statement of arrested driver, he was not aware what actually he was carrying in the truck. The driver was changed at the last moment as the actual driver was not feeling well and change of drivers are common in this business.

KL: What are the other problems traders are facing since the trade was started in 2008?

HAT: Because of incidents like these, people associated with cross LoC trade feel insecure. We want to work under proper rules and regulations.

First of all it is a barter trade and no money is involved. So if anybody would like to cheat he can easily put a bullet or some other objectionable thing in the truck, and the traders on this side or on that side can be easily caught for the crime.

We have been requesting Government of India since the start of this trade to install scanners but nothing has happened so far. Infrastructure is another problem, there is congestion on the trade facilitation center and we have lesser manpower.

The item list has not been revised, only 21 items are in the list and even some items from this list were further banned like groundnuts, coconut, garlic, green dal, ginger and others. These banned items were the only profit making items.

KL: Almost 49 trucks were stranded, what can be the estimated loss?

HAT: Yes, 49 trucks from Muzaffarabad and 27 from Kashmir were stranded on the trade facilitation center but the problem is for the goods that were in transit.

The estimated loss was of Rs 33 crores in this month for the goods that were in transit, including the manpower and other office expenses.

KL: The stranded trucks were allowed to cross over but what about the resumption of trade? Is there any official communication about it?

HAT: Such kinds of incidents happen during import and export of goods. But that doesn’t mean because of one particular person the entire traders community will get punished.

We are hopeful that the trade might get restarted in a week’s time.

Dialogue is a better way to find a solution. The investigation is on and as a member of Salamabad Chakoti trade union we are trying to help the arrested driver (from PAK), we have provided him an advocate so that his case should be pleaded in a better and proper way and he should not feel neglected.

KL: How seriously the cross LoC trade is taken by the state and central government?

HAT: I think State government doesn’t have a role except providing us infrastructure. LoC trade is looked after by Ministry of Home Affairs (MHA). As the member of this trade I think it was incompetency of state government that they could not convince MHA for helping traders.

As a trader I think this trade has remained confined to a part of Confidence Building Measure (CBM) only.

There is no proper registration of the traders who are into this trade. There is no accountability, no communication. Transparency should be brought in this trade so that there should not be more such incidents in future.

KL: How is this recent episode going to affect the trade in future?

HAT: It is going to affect this trade but I feel both sides should forget the incident now otherwise CBMs won’t work. We should work for the betterment of this trade. Otherwise as a member of my union we take it as a curse on this trade. Transparency is needed in this trade. Both countries should work to flourish this trade.