While hallmarking has made it easy to distinguish fake gold from the real one, Kashmiri jewellers prefer to stick to the traditional ways. Tyba Bashir and Asmat Khan, report how lack of a hallmarking centre is adding to consumer’s confusion 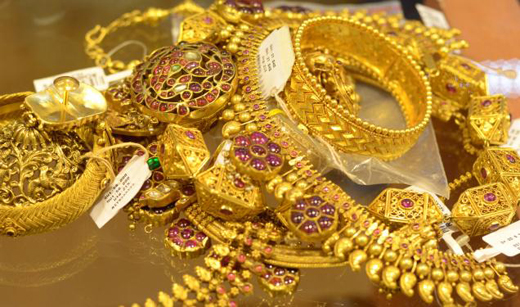 Next time you visit a jewellery showroom in Kashmir to buy gold, be sure how pure the piece of yellow metal is!  With the number of fraud cases related to purchases of gold increasing day by day, it becomes important to learn the art of distinguishing pure from fake.  But in Kashmir’s case, customers are more obsessed with the weight of the metal than the purity of caratage.

With no authentic means of verifying the purity of gold customers ends up duped in most of the cases. “People here hardly care about the purity as they are more concerned about its weight,” said Ishfaq Ahmad Shah, an Islamabad based jeweller.

To ensure the carat or percentage of gold in a piece of jewellery, Bureau of Indian Standards (BIS), an accredited agency initiated Hallmarking system on gold jewellery in the year 2000. Hallmarking indicates that the gold objects have been evaluated and tested at an official ‘hallmarking centre’.

Though the government of India introduced gold jewellery hallmarking about 10 years ago, gold buyers in the valley seem know little about the importance of the practice.

BIS Hallmarking carries a triangular encryption and purity number (carat) on the ornament, ensuring the ‘credibility’ to the ‘purity of the gold’.

To ensure the proper hallmark practice, BIS has instated ‘hallmarking centres’ in many cities. Ironically, it has failed to open any such facility in the valley till date.

Kewal Kumar, the owner of Kewal Ornaments in Hari Singh High Street, points out the lack of hallmarking centre in Kashmir valley, “We sell both hall-marked as well as non-hallmarked jewellery.  We get the jewellery hallmarked from Delhi but it is a hectic job,” says Kewal Kumar.

But that is not the only problem. Since many buyers do not have comprehensive knowledge of hallmarking on precious metals, they do not even ask for hallmarked gold. Low carat gold is sold by labelling it 22 carat or more, therefore, the customers are always at the receiving ends and they are entirely oblivious about it.

However, there is a small number of educated clientele who exclusively ask for hall-marked jewellery.

One of the known jewellers, M A Gojwari & Son claims that since last two years there is a surge in demand for hall-marked gold articles. “There is almost 10 to 20 percent increase in the clients who ask for hall-marked jewellery,” says Shabir Ahmad Gojwari, who co-owns the jewellery business.

But the lack of a ‘Hallmarking centre’ in the valley proves to be a predicament for the customers. Since there is no other way to ensure the authenticity of the hallmarked gold or even to test the purity of the ornaments they buy, customers are left at the mercy of their respective jewellers. Kewal Kumar says that the cheating on caratage is possible when there is no transparency in the trade.

“I have been buying jewellery from a jeweller for quite a long time. I think I have to trust them if they assert that the particular ornament is 22 carat or so,” says Aasmeen khan, 48, housewife.

On the other side, the small number of jewellers who offer hallmarked gold ornaments in Kashmir complain of sliding sales because people don’t want to pay for extra labour or wastage charges that such marked jewellery incurs.

“No doubt hallmarked jewellery ensures credibility of the carat, but consumers have to pay 14 per cent higher making charges which most of the buyers find quite high,” says Kewal Kumar.

Though jewellers in Kashmir are not altogether against the idea of selling hallmarked ornaments but they are also not welcoming it wholeheartedly.

They fear that their client base will decrease if hallmarking becomes mandatory.