Home Minister Amit Shah visited Jammu and Kashmir in the backdrop of seven civilian killings in the Dangri (Rajouri). He told a high-level security review meeting that all the security agencies agreed to cast a 360-degree net on the first day of 2023. While Shah couldn’t visit the families of victims owing to bad weather, he took a review meeting in which the chiefs of all the intelligence agencies were in attendance along with LG Manoj Sinha and the civil and security establishment. All participants agreed that to wipe out militancy from the Jammu region a 360-degree net would be cast. The meeting also informed that the Rajouri killing case has been handed over to NIA for a thorough probe. Shah said that another decision taken was that the “security grid of Jammu” will be strengthened on all fronts in a time-bound manner. “In three months from now, the security grid will be further strengthened across Jammu,” he said. Earlier, Army Chief General Manoj Pandey had said the enemy is now preferring other routes to push infiltrators that include Pir Panchal, Jammu and International Border while air-dropping weapons. After the Rajouri killings, the government revived the almost-abandoned Village Defence Guard (VDG) set up with SLRs.

Jammu and Kashmir Police said that 1021 NDPS cases were registered in Kashmir in 2022 leading to the arrest of 1685 drug peddlers including 138 notorious drug peddlers.

A team of plant scientists at the University of California have achieved 95 per cent efficiency in producing clones of commercial rice hybrid strain. This breakthrough will result in high yields of the crop, low cost of hybrid rice seeds, and disease-resistant rice strains. Very soon, it is expected to be available to small farmers worldwide. What is interesting is that the research was the outcome of two scientists including a Kashmiri agriculture scientist, Dr Imtiyaz Khanday. The other scientist is Venkatesan Sundaresan. An expert in plant development and genetics, Khanday is a leading agriculture scientist who currently serves as an assistant professor at the UC Davis Department of Plant Sciences. He has done remarkable work in the field.

Khadi and Village Industries Board has established 20772 units under PM Employment Generation Programme (PMEGP) in the last six years generating employment for about 166172 persons.

In the recovery of a drone from Dhalli (Kathua), the National Investigation Agency (NIA) has filed a charge sheet against Faisal Muneer, Habib, Mian Sohail, Muni Mohammad (deceased), Rashid and Sajjad Gul. It carried rounds of UBGL and magnetic bombs. The investigation, NIA said revealed that on directions of the accused, Sajjad Gul, the Pakistani handler, the accused used to collect, receive and transport the weapons, dropped over drones, to the militants active in Kashmir for the commission of terror activities in Jammu and Kashmir.

As per Traffic Police Srinagar, over 40 per cent of total accidents in the city occur at Shalteng-Parimpora, Pantha Chowk stretches each year.

Ghulam Nabi Azad’s Democratic Progressive Azad Party witnessed further dissensions with former MLC Choudhary Nizamuddin Khatana and his political heir and son Choudhary Gulzar (erstwhile vice-chairman of the Gujjar and Pahari Board in BJPDP regime), leaving the party. However, former minister Dr Manohar Lal Sharma rejoined the party after being expelled earlier for anti-parry activities. The exit of the father-son duo was expected after former minister Peerzada Muhammad Sayeed returned to Congress. Choudhary Gulzar is considered one of the strong contenders for the ST-reserved Larnoo seat. Peerzada has influence in the constituency as several areas of the erstwhile Kokernag assembly segment are part of the newly carved out ST seat. Last week, 17 of its leaders including Tara Chand, Peerzada, and Balwan Singh returned to Congress ahead of Rahul Gandhi’s Bharat Jodo Yatra scheduled entry into Jammu and Kashmir. Amid the continuous exodus of leaders, Congress leader Jairam Ramesh dubbed Azad’s initiative as “Disappearing Azad Party”.

Congress Party’s Bharat Jodo Yatra headed by Rahul Gandhi will be a ten-day event in Jammu and Kashmir in which 4-5 days of march will be in Kashmir with the final event at Srinagar on January 30. The conclusion of the event will be attended by Sonia Gandhi, Priyanka Gandhi, various chief ministers, and Members of the Parliament, with 21 parties being part of it.

In the last two years, fire incidents across Kashmir have claimed the lives of 112 persons while property worth Rs 155.864 crore went up n flames.

The Jammu and Kashmir government will bear the monthly school fee, transportation charges and annual uniform charges of the first two children of those cops who lost their lives in the line of duty due to militancy-related incidents and violence. The order states the government will reimburse the expenditure towards monthly fees, transportation charges up to a maximum ceiling of Rs 3,000 per child per month.

Bashir Ahmad War, the foremost ‘farmer’ who introduced the commercial cultivation of Kiwi fruit in Kashmir died at 70. He was being treated for a lung infection when he died on way to the hospital. War lived in Sopore’s Warpora locality. He had studied law at AMU, was a member of the Horticulture Board but never joined the government service. He spent the last three years raising a Kiwi Fruit orchard near his home after sourcing the saplings from Himachal Pradesh.

The Jammu and Kashmir government has constituted six special courts for the trial of offences falling under the Unlawful Activities Prevention Act (UAPA) -1967 in 10 Kashmir districts.

Jammu and Kashmir police unearthed an interesting case in which a bank defaulter rumoured his death in a road accident along with his family. The police, however, traced Manjit Singh, his wife Sonia Devi and their daughter in Haryana. It was claimed that the family had drowned after their vehicle plunged into the river Chenab near Gadsoo (Doda) on December 20, 2022. Police attempted to locate the car and the family in the river but failed. They recovered the car from the river but no trace of the inmates. As the police started looking at other angles, they came to know that the family owes Rs  30 lakhs to various banks and private money lenders. With help of CCTV footage and technical and human intelligence, they located the family in Abhaypura village of Haryana.

Delhi Lt Governor VK Saxena has granted sanctions to prosecute former Jawaharlal Nehru University Students’ Union vice president and AISA member Shehla Rashid Shora for her tweets on the Indian Army. Delhi Police registered a case in 2019 under Section 153-A of the IPC on the basis of a complaint by Alakh Alok Srivastava. Shora, in her tweets, had accused the army of “terrorizing” the residents in August 2019.

Rozi Jaan, 40, from the Kadlabal (Pampore) was allegedly killed by her brother-in-law. After the attack, she was rushed to the sub-district hospital Pampore in an unconscious state, where she was declared brought dead. Soon after her death, her family protested and allegedly her in-laws for the murder. A day later, police arrested Altaf Ahmad Ganie, the slain lady’s brother-in-law. Police said Ganie had confessed to the crime. “During questioning, he disclosed that since his sister-in-law was alone at home and thus taking advantage of her loneliness, he tried to exploit her sexually however the deceased strongly resisted this and raised hue and cry.” “The accused further disclosed that although he first tried to pacify her but when she continuously called for help, this frustrated the accused who later strangulated her to death and thereafter fled away from the spot,” the police statement reads.

Off late, science is focusing on the human digestive system to find answers to many diseases. Now gut, the mini-brain in the elementary canal, is the focus of most of the new research. In one such path-breaking research, Kashmir neuroscientist, Dr Zahoor Shah is exploring links between various mind diseases of forgetfulness to the change of bacteria composition in the gut. A professor at the University of Toledo, Shah says that the diversity of microbiota changes with ageing. “Not only is the overall diversity lower, but we also see higher levels of harmful bacteria and lower levels of beneficial bacteria. This has real effects on health and well-being,” he said. “All of these neurodegenerative diseases, including Alzheimer’s disease, start with inflammation. We believe microbiota dysbiosis results in neuro-inflammation in the brain leading to cognitive decline. We are learning more and more about the gut-brain axis, but there aren’t many studies that have investigated this specific process.”

It is chilling winter and the tourist season is at its peak. On the flip side of it, after weeks of snowfall warning nothing much was on the ground, especially in Srinagar. However, the snowfall led to the killing of two Kishtwar residents who were washed away by an avalanche in Sonamarg. The avalanche triggered from the upper reaches of the Ranga Morh and accumulated at Sarbal, not far away from Nilgrath where the Hyderabad-based construction company, Megha Engineering and Infrastructure Limited (MEIL) is based for implementing the Zojila tunnel project. Identified as Sandeep Kumar (Sara Padar) and Bala Krishna (Gara Paddar), their bodies were recovered. Interestingly nobody is looking at the mess that climate change is creating. This season is not for avalanches because Kashmir usually gets powder snow. What actually Kashmir got was wet snow which is a late February phenomenon. 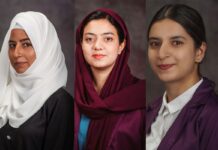