A week after a Sopore girl was celebrated on-line as the first to the receiver of her domicile certificate, it was IAS officer, Navin Kumar Choudhary who made much bigger news by becoming the first non-local to get the same certificate. Against 33,157 applications, over 25,000 have been granted the citizenship certificate. Out of these nearly 32,000 applications were filed in 10 districts of Jammu. Kashmir has received only 720 applications, so far.

Probably for the first time senior police officers indulged in a brawl publicly. The sour and bitter exchange of tweets finally reached to the Gandhi Nagar police station in Jammu where 2000 batch IPS officer, who is commonly known for his ‘Singham style’ of working, Basant Rath filed an application against his own boss, the incumbent DGP Dilbagh Singh. In the application, he has asked the police to take cognizance of the alleged threat given to him by the top cop. It all started with Rath, who in of his tweets hinted that Dilbagh Singh apparently owns a big estate in Jammu. Many think that the twitter handle carrying the name of Singh was a fake one and the DGP formally reacted in a Whatsapp group.

As the craze for Turkish series, Dirlis: Ertugrul, is increasing day by day in Kashmir and the characters have started having a huge fan base, the netizens took the news as bliss when the leading character of the series, Esra Bilgic, who played Halima Sultan, showed her desire to feature Kashmir for her documentary project. In an interview with Pakistani glamour magazine, Esra, who is presently studying law, said that she has written a documentary project about how nature responds to us in all circumstances. She has said that she loves the mountainous areas of the Babusar Kaghan Valley, the views overlooking the Valley of Leepa in Kashmir, the camp plan in Concordia and the amazing Deosai plateau. She added that the Kashmir region is of the places she is curious about and want to travel to and determine a few places for the documentary project. However, a huge section of Halima Sultan fans were shocked to see Esra in the exclusive photoshoot for the magazine in which she was what she is – a Diva.

As the two sides of Kashmir are continuing to live under the threat of cross border skirmishes which continue to remain hot from a long time now, last week a minor, 13 years old girl Iqra Shabbir was killed on the Line of Control. She was killed, her mother and another minor, a 12 year old boy were injured in the same firing incident that took place in Hajipir and Bedori sector.

Arrested with militants, the DSP Davinder Singh has finally granted bail by a Delhi court as the police “failed” to file a charge sheet within 90 days. Singh was arrested in January when he was on his way to Jammu along with a lawyer and two militants of Hizb ul Mujahideen. After the arrest, he was kept at Hira Nagar Jail and he was recently shifted to Delhi for another case. Singh is a mysterious character who was earlier named by Afzal Guru as the person who sent him to Delhi along with some militants.

While Singh was out on bail, another DSP moved to court for his bail. The former DSP Mohammad Ashraf Mir, who was booked under infamous sex scandal case of 2006, has filed his application with a High Court in Chandigarh on medical grounds. The court has now written to the CBI seeking their reply in the plea.

Last week Jammu and Kashmir police’s crime branch in Jammu registered a case against a Mumbai-based man Rajeev Bharanatti, who duped a woman lecturer from Jammu of Rs 9.19 lakhs via a matrimonial website. Both the accused and the victim had come in touch through a matrimonial site shadi.com in 2015 and since then had remained in constant touch, until the complainant was duped, when accused asked for money on the pretext of the ailment of his father, who was to purportedly undergo treatment and kidney transplant, with the assurance, that he would return the same. The case stands registered under Section 420/IPC.

After being mentioned by the Prime Minister of India, Narendra Modi in his Mann ki Baat, the little Jannat has now reached to the school textbook in Hyderabad. Now seven year old, she is cleaning the Dal Lake for the last two years now. Whenever she gets time, this 3rd-grade student gets on to a shikara with her father, Tariq Ahmed Patloo, and fishes out empty plastic, alcohol bottles and polythene waste that have sullied the waters of the lake. She piles up the garbage in the shikara and then dumps it all in a trash can. According to the video shot by various TV channels, she has said that she was inspired by her father to clean the lake. “All recognition I am getting is due to my baba.”

As the pandemic spread throughout the world and got many deaths to its credit, last week a different case was reported from Chipaki Kala village in Hiranagar where a patient, Kamal Kumar, 47, died of a cardiac arrest before he could see his Covid test report that declared him negative. He was kept in a quarantine centre located at Changran after his arrival from Mumbai where he was treating his liver ailment. He was tested once and his reports were negative but after a few days three people from the same quarantine centre tested positive and his swabs were again for tests. But reportedly he had a heart attack before his second report came, which posthumously declared him negative.

Whenever people talk of classy cricket, they can’t resist of getting world-famous Kashmiri willow. Last week when British cricketer Liam Plunkett was recalling his frightening encounter with Pakistan’s fast bowler Shoaib Akhtar in a county cricket match in Lahore in 2005, he said, “I remember it like it was yesterday because I had my bat, at that time-you think (now) these bats are so thick and stuff – but it was Kashmir willow, it was real thin.” He had scored just nine off 60 balls but says he managed to do a decent job. 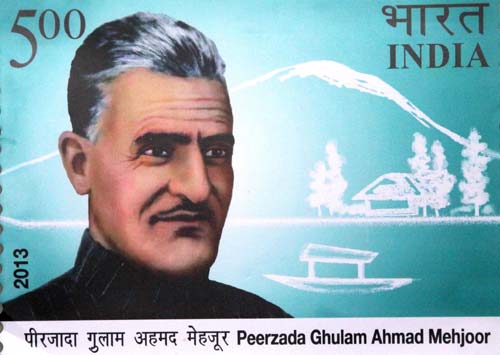 This district that once was a focus of various corporate CSR projects is getting a new project. The Union Ministry of Culture has asked a Pune-based NGO Sarhad, to submit its proposal for developing Mitragam, the native village of renowned Kashmiri poet Ghulam Ahmad Mahjoor, as a Books Village on the similar concept of the United Kingdom. It will be the world’s biggest books village. Accordingly, a team of experts will be visiting Maharashtra next month to conduct a survey at the location proposed for the Books Village, which will come up with a library, reading hall, theatre, conference hall, museum and theme-based parks.

Just two weeks after the United Nations released its report on the state of children in conflict spots and verified the killing (8) and maiming (7) of 15 children (13 boys, 2 girls), between the ages of 1 and 17, by various government forces, a seven-year boy was killed when militants attacked paramilitary forces on Bijbehara. In the incident, Nihaan Bhat son of Mohammad Yaseen Bhat, resident of Kulgam was killed. Reportedly he had gone out with his father. One CRPF personnel was also killed in the incident.